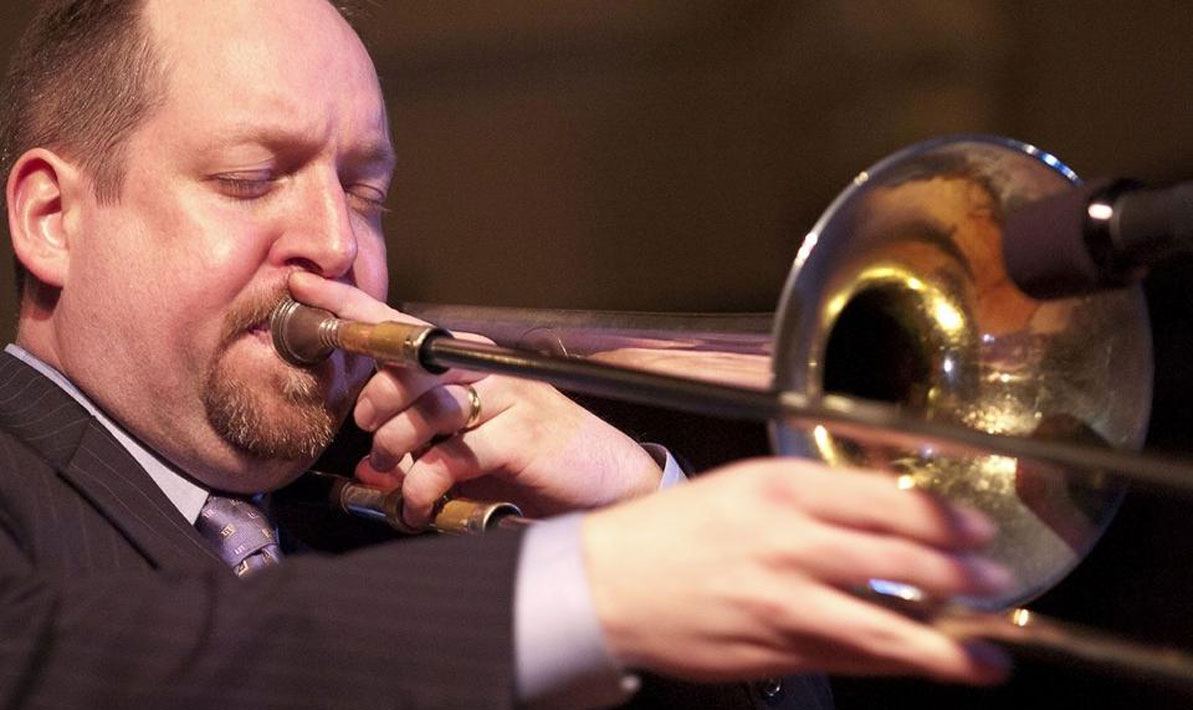 The two-day festival of musical workshops and performances begins at 8 p.m. in the Leslie Phillips Theater in the HCC Fine & Performing Arts building. Tickets are $15 (general public), $10 (senior and non-HCC students) and free for members of the HCC community (students, staff and faculty) with a valid ID.

The festival continues on Saturday, March 11, from 9 a.m. to 5 p.m., in the Leslie Phillips Theater with big band and jazz combo performances by high school and HCC jazz students. Jazz clinics, workshops and jam sessions will be held throughout the day in the HCC Recital Hall (FPA building, Room 137).

Steve Davis will conduct two music clinics, one at 11 a.m. and another at 1 p.m.

According to his bio, Davis is widely regarded as one of today's foremost improvisers and voices on the trombone. Born in Worcester, Mass., in 1967, Davis was raised in Binghamton, N.Y., and graduated in 1989 from the Hartt School's Jackie McLean Institute at the University of Hartford in Connecticut. McLean's guidance and recommendation helped Davis land his first major gig with Art Blakey & The Jazz Messengers in New York City in December 1989. He returned to Hartford in 1992 to join McLean's sextet and begin teaching alongside his mentor at both the Hartt School and Artist's Collective. Davis has resided in the Hartford area ever since, where he continues to raise his three children, teach full-time and nurture up-and-coming jazz musicians.

Davis also maintains an active performing career as well, appearing with Stevie Wonder & The Roots on Late Night With Jimmy Fallon (Sept, 2014) and at The White House: A Tribute To Ray Charles (PBS Feb, 2016) with Christian McBride's Big Band & Special Guests including Usher, Demi Lovato & Yolanda Adams. His latest CD release, "Say When (Smoke Sessions)" is his tribute to the great J.J. Johnson.

A concluding concert will be held in the theater Saturday from 4 to 5 p.m. This will feature Steve Davis  performing with a select combo of students representing each of the participating high schools, HCC students and festival faculty.

Gerry's Music in South Hadley will have a display booth showcasing instruments, music and accessories on Saturday.