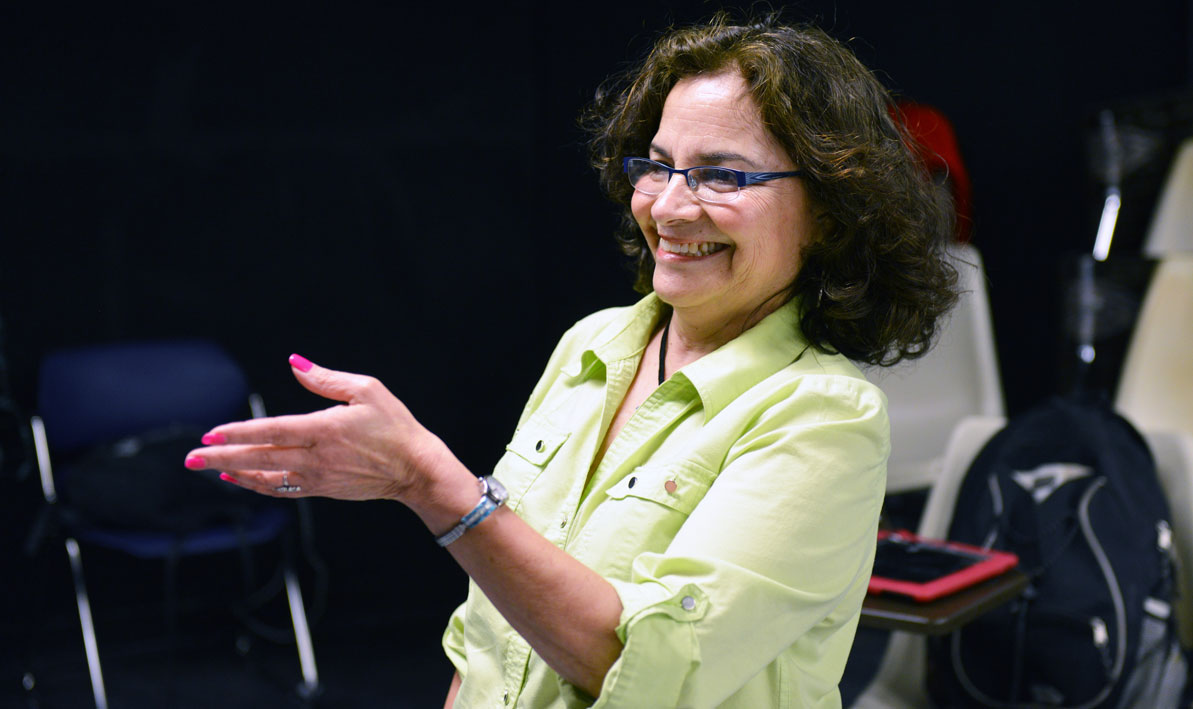 Holyoke Community College theater professor Patricia Sandoval is directing a cast of local Latinas in a reading of the play "I Kissed Chavela Vargas" by critically acclaimed queer Chicana playwright and performer Monica Palacios at Wistariahurst Museum on Thursday May 2 at 7 p.m.

The reading is free and open to the public. There will be a reception following the presentation.

Palacios is the Lucille Geier Lakes Writer-in-Residence at Smith College this spring. She is the first queer Chicana artist to be selected for this prestigious position.

Also, Palacios will be presenting a lecture and preview of her show at HCC on Wed., May 1, titled "Greetings from a Queer Señorita, from noon to 1:30 p.m. in HCC's black box theater, room 111 in the Fine & Performing Arts building. This event is also free and open to the public.

In her new work, Palacios uses memory and music to explore the relationships between three generations of Chicanas. Mother, daughter and granddaughter struggle with their relationships with one another and with life. They sing, they dance, they fight, and ultimately, they find love.

Vocalist and educator Diana Alvarez is serving as musical director. After the reading, dramaturg Priscilla Page will lead a short conversation with Palacios and the cast.

This evening is supported by MassHumanities, Holyoke Community College and Monica Palacios, and produced by Sandoval and Page.

During the residency at Smith, Palacios has been teaching a course called "Comedy y Cultura: Your Humorous Life," presenting guest lectures at area colleges, serving as a mentor to student writers and performers; and contributing to the intellectual and artistic life at Smith.

The staged reading of "I Kissed Chavela Vargas" has come together because of the connections Palacios has made in her short time in western Massachusetts.

Throughout her career, Palacios has been a trailblazer. She was one of the first out Chicana lesbian comics to hit the stage in the early 1980s in San Francisco, talking about nationality and sexuality in one breath. Eventually, she made her way to Los Angeles, continuing her groundbreaking work by creating solo shows, plays, screenplays, short stories, stand-up comedy, poems, featuring the Latinx LGBTQ experience. She is featured in the new queer documentary: Stand Up, Stand Out by director David Pavlosky. Her recent publications include: Scenes For Latinx Actors: Voices of The New American Theatre by Smith and Kraus Publishers 2019; Jota Anthology by Korima Press 2019; Practicing Transgressions by Third Woman Press 2019; Pulse/Pulso - In Remembrance of Orlando by Damaged Goods Press 2018; Game Changers: Lesbians You Should Know About by Robin Lowey Press 2017 and IMANIMAN: Poets Writing In The Anzaldúan Borderlands by Aunt Lute Press 2016.