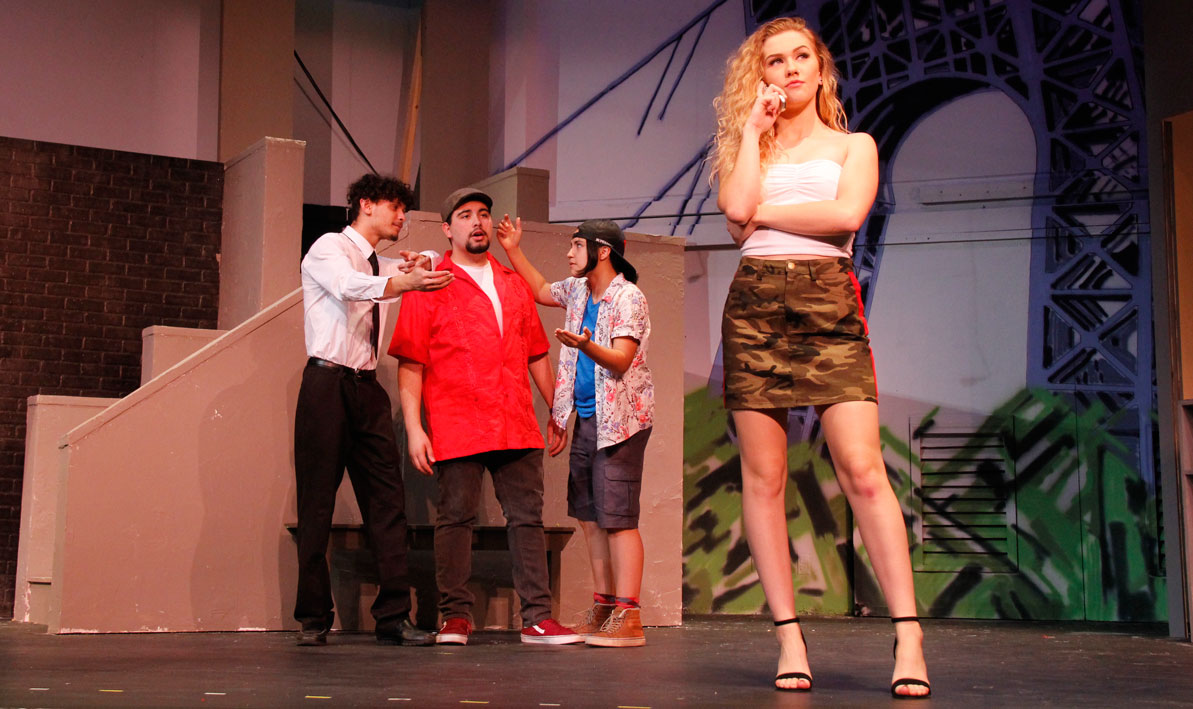 PHOTO by CHRIS YURKO: Cast members rehearse a scene from HCC production of In the Heights.