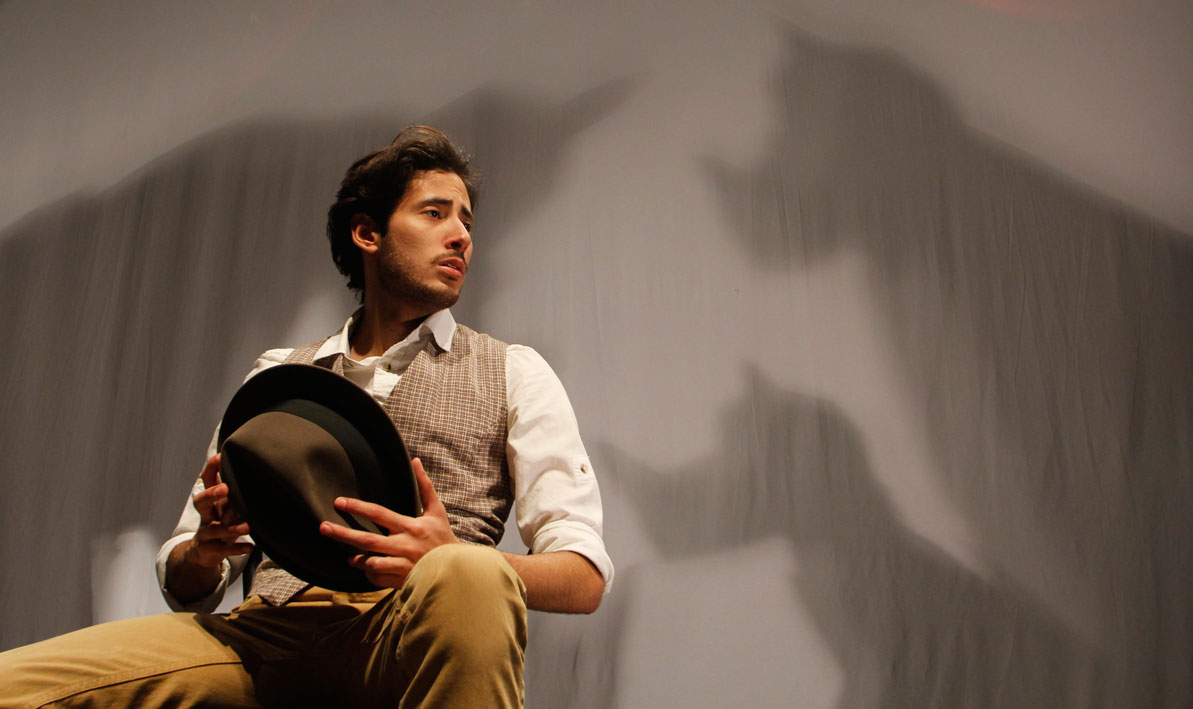 The play is being directed by HCC theater professor Tim Cochran.

"Rhinoceros" is a fable about a small town besieged by one roaring citizen who becomes a rhinoceros and proceeds to trample on the social order. As more and more citizens are transformed into rhinoceroses, the trampling becomes overwhelming and more and more people are likewise changed. One sane man, Berenger, remains, unable to change his form and identity. The sublime is confused with the ridiculous in this savage commentary on the human condition, a staple of every theater classroom 20th century drama ... (Samuel French)

PHOTOS by CHRIS YURKO: Gabriel CiFuentes of Chicopee stars as Berenger in the HCC Theater Department's production of Rhinocereos, by Eugene Ionesco.