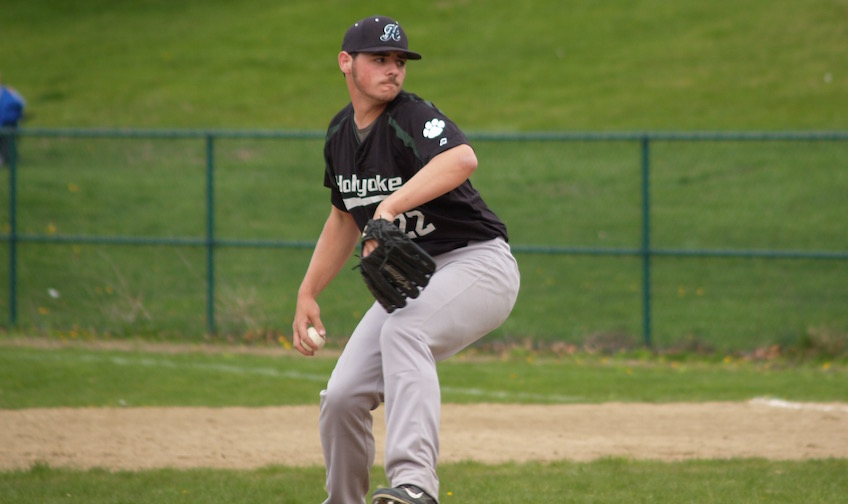 The HCC baseball team has begun their pre-season training in preparation for the 2017 season. They have utilized the state of the art Bartley Center to host their indoor practice sessions as Cougar Field begins to thaw for the spring season. The Cougars will open this year's campaign with a southbound trip to New Jersey to play against two out-of-region opponents. Holyoke will open with a matchup against Ocean County CC on March 15th at 3:00pm before playing against Middlesex CC on March 16th at 3:30pm. The Cougars hope that a few early season games against non-regional teams will help them prepare for regional games, which they will begin to play in late March. HCC's first home games will take place on Saturday, March 25th as the Cougars host Southern Maine CC in a double header that starts at noon.

This year's outlook is a very promising one for the Cougars baseball team, as Holyoke will be led once again by third year head coach John Crowley. Joining Crowley are returning assistant coaches Brian Hayes, who enters his fifth year, and Zach Crowley, who enters his third year. The coaching staff also welcomes first year assistant coach William Harris. Two players from the 2016 team have returned for this year as Jacob Whitacre (Granby, MA / Granby HS) and Austin Harris (Ludlow, MA / Ludlow HS) begin their sophomore seasons with the Cougars. Whitacre is an invaluable utility player who can play any position on the field and can also pitch. He was last season's team co-leader in batted average, hitting .326, and stolen bases, stealing four. Harris will likely be a regular pitcher in the team's rotation this spring and he also excels playing first base or can play any infield position. He started five games on the mound in 2016 and was the recipient of last year's Cougar Player Award. Joining Whitacre and Harris are a large group of freshman players who are eager to make their mark on college baseball in a Cougar uniform. Let's go Cougars!!