Baseball to Open Season this Weekend 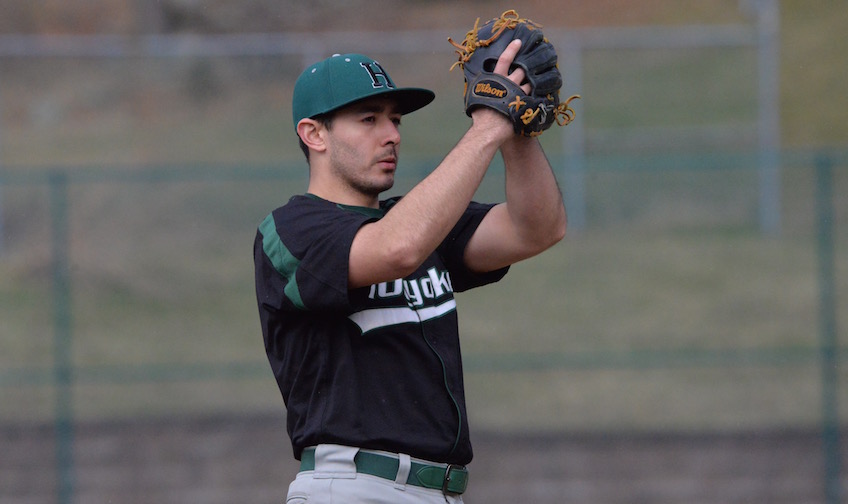 The Cougars baseball team is ready to open the 2019 season, playing a doubleheader on the road this Sunday, March 17th. Holyoke will travel south to square off against out-of-region powerhouse Westchester CC (NY) on WCC's turf field. The Cougars are scheduled to host a trio of home games during the last week of March should Cougar Field be clear of snow and playable.

The Cougars are returning four very strong players from last year's New England semi-finalist team and are now under the guidance of first-year head coach Tony Dismukes. Dismukes is a former HCC baseball player and was an assistant coach with the team last season. The Cougars retuning group of sophomores bring a plethora of talent to this year's squad and they lead an enthusiastic group of freshmen into the season. Holyoke's four returners are Adam Herbert (West Springfield, MA / West Springfield HS), Michael Indomenico (East Longmeadow, MA / East Longmeadow HS), Augustine Ortegas (West Springfield, MA / West Springfield HS), and Musashi Tajima (Holyoke, MA / Amherst Regional HS). Ortegas and Tajima are both primarily pitchers who can also play on the field. Herbert is a second baseman who can play outfield while Indomenico is a center fielder who also plays infield. All four returners look to make an impact this season, just as they did in 2018.

The Cougars have utilized the Bartley Center for indoor trainings to prepare for the start of the 2019 campaign. Behind the leadership and knowledge of coach Dismukes, this year's team hopes to build off of last year's success and take a run at a New England championship. Let's go Cougars!!

Photos: (Main) Tajima on the mound during a 2018 home game. (Thumbnail) Herbert on the bases during his freshman season.