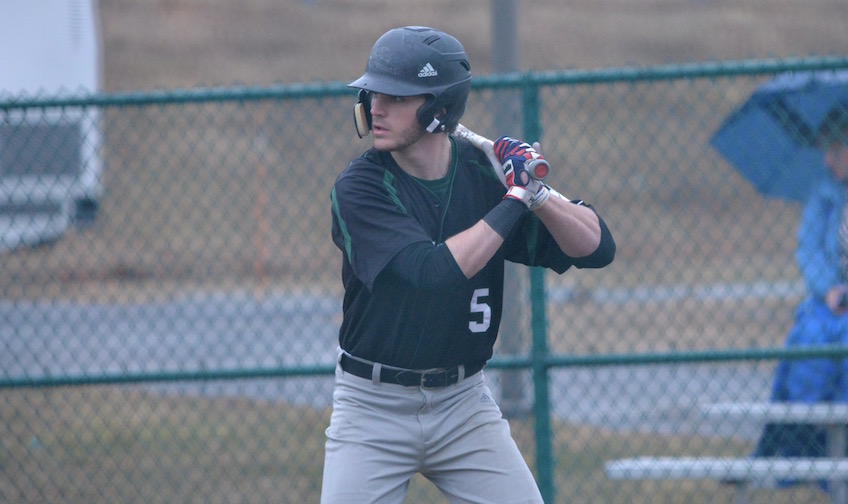 (Worcester, MA) - The HCC baseball team earned two very important regional wins on Saturday afternoon, defeating Quinsigamond CC in both games of an away doubleheader. The Cougars received outstanding pitching along with stellar defensive play in each contest. Holyoke won the first game 3-2 before emerging victorious by a 2-1 score in game two. The Cougars currently hold the third place spot in the Region XXI (New England) standings with the top four teams qualifying for the New England Championship Tournament.

The Cougars were remarkable on the mound as Darien Rosado (Chicopee, MA / Chicopee HS) and Will Kennedy (Holyoke, MA / Pope Francis HS) each pitched a complete game. Rosado was game one's victor, throwing for six strikeouts and Kennedy won game two while tossing five Ks. Each pitcher contributed offensively in his respective win with a hit and a run scored. Jack Moskal (Holyoke, MA / Holyoke HS) was impressive at the plate, hitting a solo home run in game one and driving in a pair of RBIs on the day. Moskal currently leads the Cougars in home runs and RBIs.

Holyoke has a respectable regional record of 4-5 and their overall record is 4-10. They will play six more regional games in the closing weeks of the regular season that will impact their chances of qualifying for the New England Tournament. Let's go Cougars!

Photos: (Main) Jack Moskal at the plate during the Cougars' home opener. (Thumbnail) Will Kennedy delivers a pitch during an HCC home game.