Baseball Fights to the Last Inning

Cougars Swing for the Fences 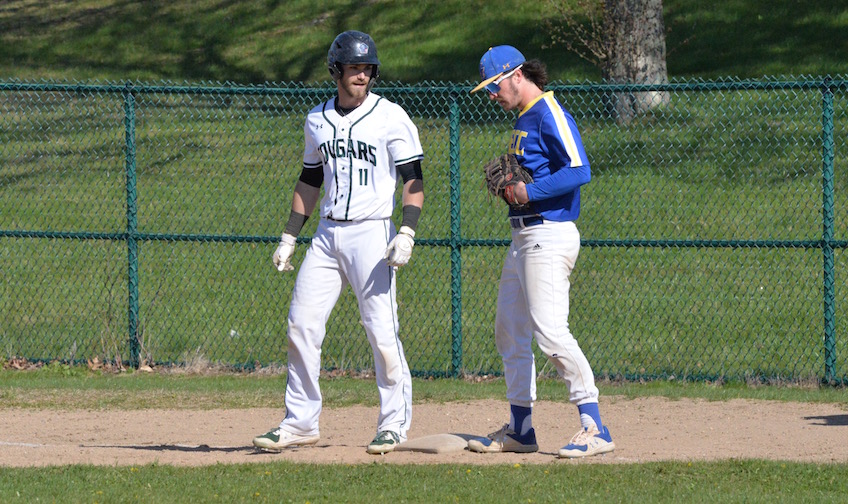 Cougars baseball played well and worked extremely hard in the final weeks of the season, something they've done throughout the campaign. The Cougars swung for the fences, seeing their season come to an end this past weekend.

The Cougars finish the season with an overall record of 3-14 and a regional record of 3-10. They defeated three different regional opponents in their three victories. Eleven of this year's players can return to play as sophomores next year. Let's go Cougars!

Photos: (Main) Couture on first base after hitting a single in the season's home finale. (Thumbnail) Rosado-Burgos attempts to bunt during an April home game.