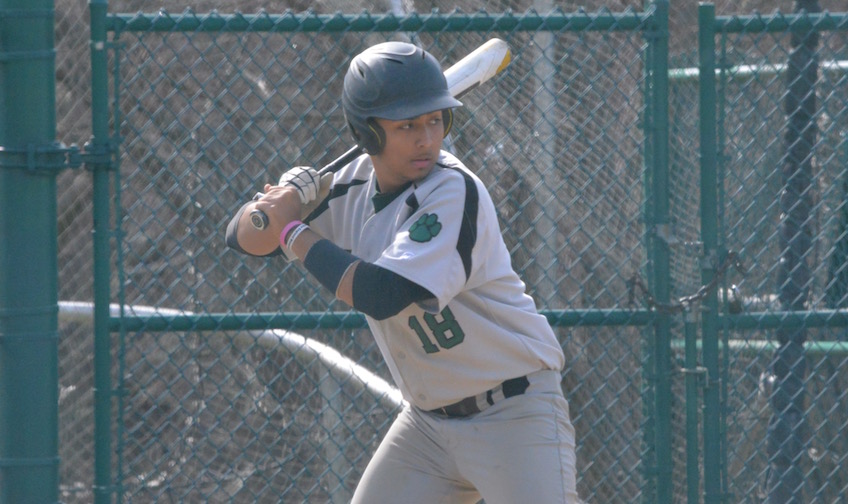 (Holyoke, MA / Wellesley, MA) - The HCC baseball team closed out their regular season with three consecutive regional wins over Mass Bay CC. The victories propel the Cougars to a postseason birth as they clinch a spot in the New England Championship Tournament that will be played this Friday through Sunday. Holyoke put forth an offensive outburst, outscoring their opposition 61-1 over the final three contests. The first win came at home last Thursday when the Cougars won 17-0 in a five-inning game. A doubleheader of five-inning matchups followed on Sunday at Mass Bay, where Holyoke emerged by scores of 24-0 and 20-1.

Darien Rosado (Chicopee, MA / Chicopee HS) led the way for the Cougars during Thursday's home win as well as in the first game of Sunday's doubleheader. Rosado, who has been one Holyoke's most impressive players all season, was outstanding from plate and the mound against Mass Bay. Rosado belted a grand slam during Thursday's home finale and went 3 for 3 from the plate with eight RBIs and two runs scored. He was the winning pitcher in game one on Sunday, throwing for eight strikeouts while batting 3 for 5 with two runs and two RBIs. Thursday's winning pitcher was Musashi Tajima (Holyoke, MA / Amherst HS), who threw four strikeouts on his way to a complete game shutout. Tajima was 2 for 2 from the plate in the game and is batting 1.000 for the season during four plate appearances. Will Kennedy (Holyoke, MA / Pope Francis HS) and Jack Moskal (Holyoke, MA / Holyoke HS) each hit a home run and had three RBIs in Sunday's first game. Kennedy was 3 for 5 in that contest with three runs and Moskal hit 2 for 3 with two runs. Adam Hebert (West Springfield, MA / West Springfield HS) led the way in Sunday's second matchup, hitting 3 for 3 with a triple while driving in five RBI's and scoring two runs. Jared Iglesias (Westfield, MA / Westfield HS) was that game's starting and winning pitcher, throwing a pair of Ks while pitching the first three innings.

The Cougars complete the regular season with an overall record of 7-13-1. Their record against the New England region and against NJCAA Division III teams is 7-7-1. Holyoke finishes in the top four in the region, earning the Cougars their spot in the New England Championship Tournament. They will play the top seed and tournament host Northern Essex CC on Friday, May 11th at 4pm. The tournament follows a double elimination format with a New England Champion to be crowned on Sunday, May 13th. Let's go Cougars!!