Cougars Basketball Ready for Second Half of Season 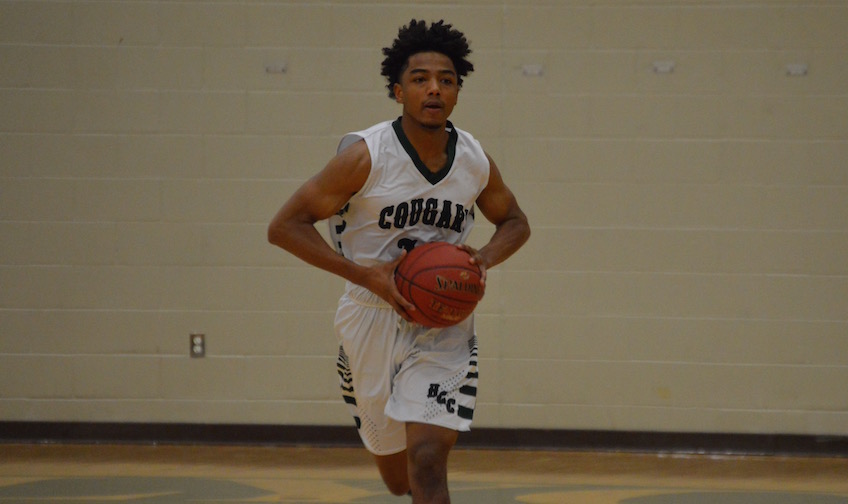 The HCC men's and women's basketball teams are prepped and ready to hit the court in mid-January after a few weeks away from competition. A brief hiatus between semesters and during the holidays comes to a close and both teams are ready to begin the second half of their seasons.

The spring semester brings a few new additions to each group as both the men's and women's teams look to improve their already strong rosters. Entering the second part of the campaign, each of the team's coaches has an optimistic outlook as the sides take to the floor.

Home court advantage is something the Cougars will look to capitalize on in January as both sides of the HCC basketball program host several games at the Bartley Center's PeoplesBank Gymnasium. Each of the next two Tuesdays sees a home game for one of the Cougar teams while the next pair of Thursdays brings a double header with both sides hosting a game. Let's go Cougars!!

Photos: (Main) Tyrell Jackson about to make a pass for the Cougars during a first semester home game. (Thumbnail) Hannalise Rivera Lovett dribbles upcourt during the Lady Cougars home opener in November.