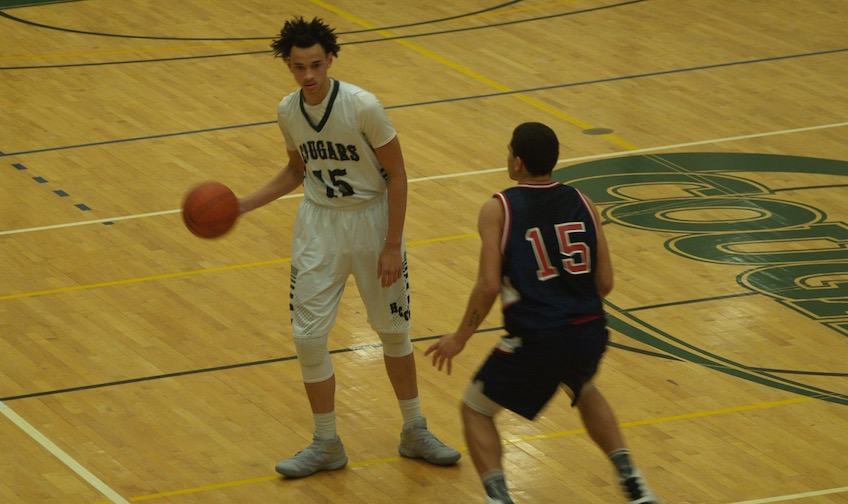 Reilly Miller (Chicopee, MA / Chicopee Comprehensive HS), a freshman member of the HCC basketball team, has been selected to the 2016-17 NJCAA All-New England Team for men's basketball. Miller was one of the Cougars' most dominant players all season and is one of just 21 players to earn All-Region honors from the New England region.

Miller led the Cougars in several statistical categories this past season, including overall points scored, points per game, field goal shooting percentage and rebounds per game. He scored an impressive 435 points this year, averaging 20.7 points per game. Miller's field goal shooting percentage was 58% and he averaged 12 rebounds per game. His season high for points scored in a game was 31, a total he reached on three separate occasions. Miller was one of just two Cougars to play in and start in all of Holyoke's 21 games this year. He was one of his team's strongest and most consistent players all season and one of the Cougars' keys to success throughout the year. Congratulations to Reilly Miller on the honor of being named to the All-New England Basketball Team for 2016-17!