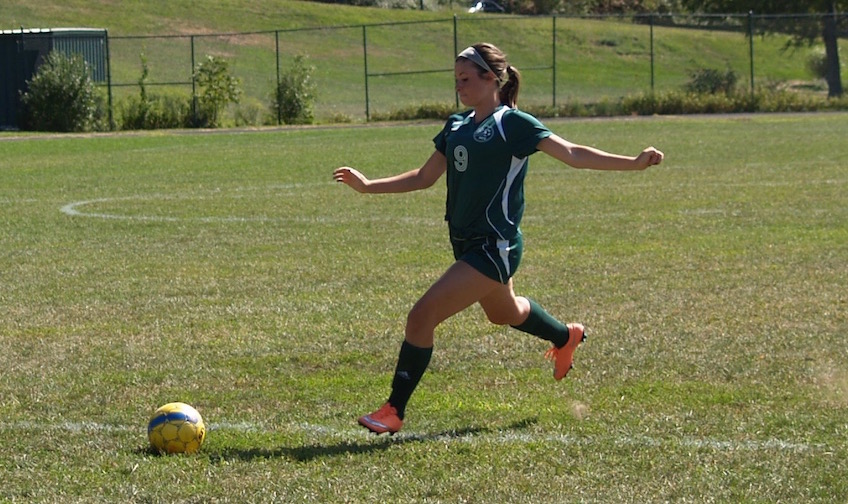 The HCC women's soccer team played back-to-back New England regional games this week, emerging victorious in both matchups. The Cougars defeated first year program Quinsigamond CC at home on Tuesday before beating Bunker Hill CC on the road on Wednesday. Holyoke put forth quite the offensive output in each contest, racking up several goals before consciously letting off the accelerator. The Cougars earned a shutout in each meeting and are now 5-0-0 this season against regional competition while registering five shutouts.

The Lady Cougars' next game will be on Saturday October 1 at 12 noon, as Holyoke will travel to Brockton, MA to square off against regional rival Massasoit CC. The Cougars were victorious by a 3-0 score when the two sides met earlier this year in Holyoke. Let's go Cougars!