HCC Golf Ready to Tee Off 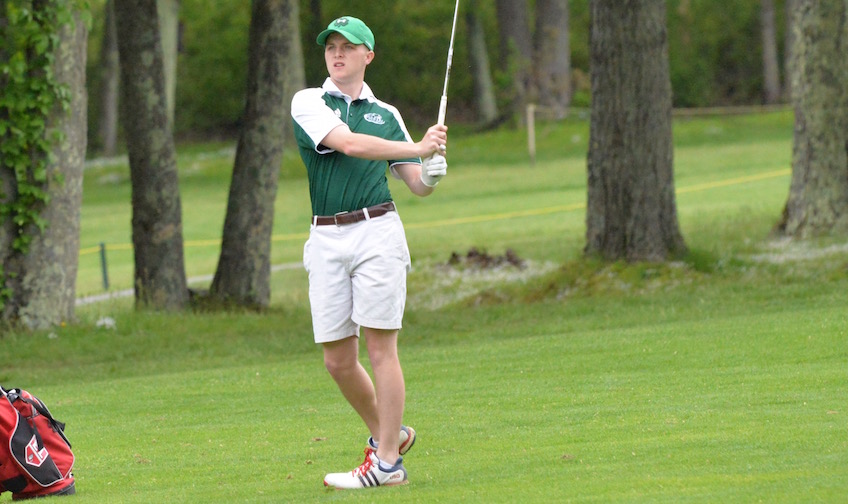 The HCC golf team will open the 2019 season this Tuesday, playing host to the year's first Region XXI (New England) event. The Cougars' home course for the regular season is the beautiful Chicopee Country Club in Chicopee, MA. Tuesday's opener has a scheduled start time of 11am.

The 2019 Cougar team is currently comprised of a trio of golfers including one returning sophomore and a pair of freshmen. Kyle Richter (East Longmeadow, MA / East Longmeadow HS), who had a remarkable 2018 campaign for Holyoke, leads the group. Richter finished in second place at last year's New England Championship Tournament, earning him a spot at the NJCCA National Golf Championship. Richter shot a two-day total score of 159 at the regional championship, just one stroke behind the tournament's winner. This included a tournament best one-day score of 76, which Richter shot on day two.

This year's team is under the guidance of 7th year head coach Chris Stoddard, who has had at least one Cougar golfer qualify for the National Championship in three straight seasons. Stoddard has the group ready for what should be another successful season for the Cougars.

HCC will host a pair of regular season events at the lovely Chicopee Country Club. The Cougars will also host the 2019 New England Championship, which will be held at a spectacular venue, The Ranch Golf Club in Southwick, MA, on May 21st and 22nd. Let's go Cougars!

Photos: (Main) Richter during the 2018 New England Championship Tournament. (Thumbnail) Ricther on the green during his freshman season.