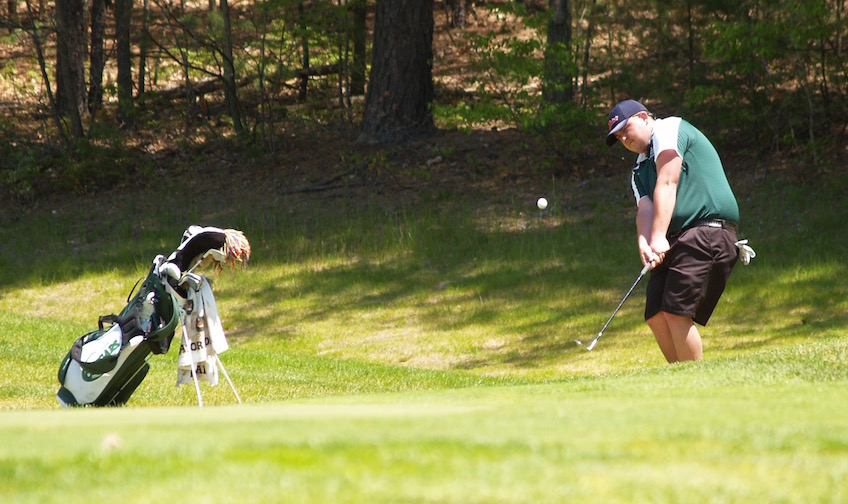 (Chicopee, MA) - Holyoke CC golfer Colby Manning (Springfield, MA / Sabis HS) will play in the NJCAA National Championship Tournament for the second straight year. Manning qualified for nationals by way of his outstanding performance at the New England Regional Championship held this past week at Chicopee Country Club. The regional championship is a two-day tournament held to determine a team champion that advances to nationals along with the top six best individuals who are not from the winning team. The NJCAA National Championship is a four-day event to be held once again at Chautauqua Golf Club in Chautauqua, NY on June 6-9.

Manning shot a very impressive 83 on day one of the regional tournament before shooting 84 on day two. His overall two-round score of 167 placed him safely in the top six and earned Manning his spot at nationals. Manning was superb from the tee throughout his two rounds, consistently keeping his ball in the fairways. He hit plenty of greens in regulation and sunk several important putts to keep his score very low. Coach Chris Stoddard is optimistic that Manning will fair very well at the national tournament, as Manning gained the experience of playing on the championship course last season as a freshman. Manning's best round at last season's event was a day-two 85 and he will look to again play consistent golf this year to keep his name among the leaderboard.

Community College of Rhode Island won the regional team competition while all five of the other schools in the New England Regional Tournament had at least one golfer qualify for nationals, an impressive feat for the region as a whole. Cougar golfer Thomas Kim (Westfield, MA / Westfield HS), who won the MCCAC state championship a few weeks ago, missed out on qualifying for nationals in heart breaking fashion. Kim was just one stroke behind the sixth qualifier, shooting 172 over the two days.

We wish Cougar Colby Manning and all of the New England region golfers the best of luck at the NJCAA National Tournament. Let's go Cougars!