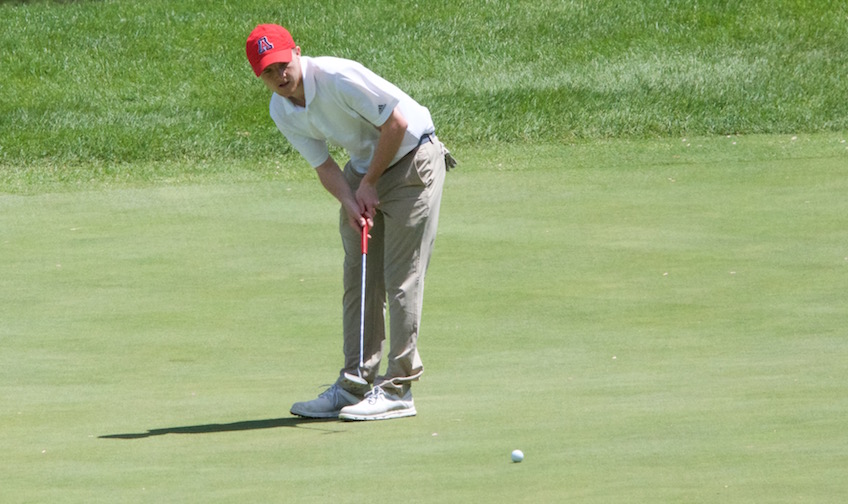 The Cougars performed well at the national tournament, with Richter and McGreary leading the way along with freshman Tyler Boissonneault (Greenfield, MA / Greenfield HS). All three finished in the middle of the pack among a field of extremely talented players. Richter tallied the best overall score for Holyoke, which included an 83 in both round two and round four. McGeary had the Cougars' best single day score, registering a spectacular 79 in round three. Boissonneault had his best round on day four, scoring an 83. Richter, McGeary and Boissonneault's daily scores were all in the 80's with the exception of McGeary's outstanding 79.

Richter and McGeary each end their HCC golf career having made a remarkable impact in his two seasons. Richter won the New England individual championship this season as a sophomore and finished second overall last season as a freshman. In both seasons, he had the best overall score for Holyoke at the national tournament and was named the team MVP. McGeary finished sixth at the New England championship in his freshman season, allowing him to qualify as an individual, and this season he finished seventh. He had the best single day score at the national tournament for an HCC golfer since 2009. Richter and McGeary were outstanding leaders who played remarkable golf over the past two years and both carried themselves with great class while sporting the Cougar colors.

Photos: (Main) Richter putting on the 18th hole during the New England Championship Tournament. (Thumbnail) McGeary teeing off at regionals.