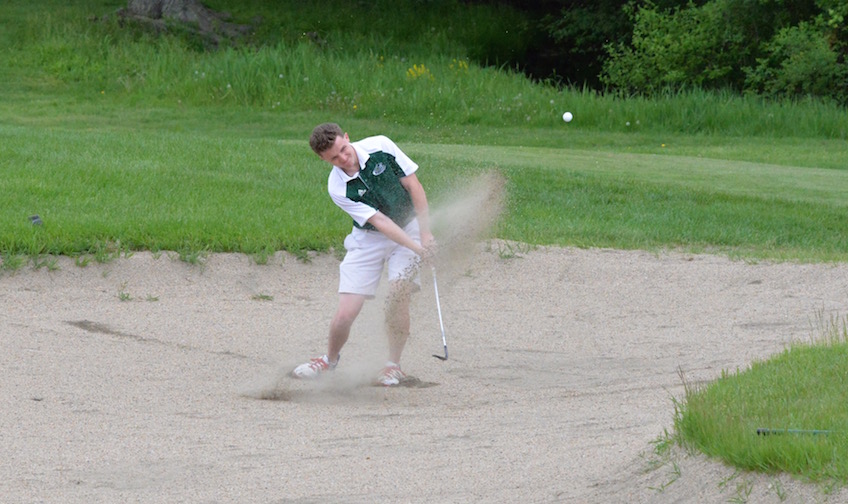 (Chautauqua, NY) - Two members of the HCC golf team participated in the NJCAA National Golf Championship held at Chautauqua Golf Club in Chautauqua, NY this past week. Cougar golfers Kyle Richter (East Longmeadow, MA / East Longmeadow HS) and Ryan McGeary (Agawam, MA / Agawam HS) earned the right to play in the four-day national championship event by way of their outstanding performances at the New England Championship Tournament that took place in late May. Richter finished in second place overall at the regional championship event and McGeary was not far behind, placing fifth.

The National Golf Championship always proves to be a challenge for players, as they have to overcome the difficulties that the Chautauqua course presents while also competing against the strongest golfers in the NJCAA. Both Cougar players performed well throughout the multi-day tournament, ultimately finishing in the middle of the pack. Richter shot an 83 on day two and an impressive 82 on day four while his other two rounds were slightly off his average. McGreary's best round was his day-three 88; he played consistently throughout the tournament, scoring a few strokes above his average.

Head Coach Chris Stoddard was impressed with the way his golfers performed at nationals as well as throughout the season. Both Richter and McGeary plan to return to play a second season on the course with the HCC golf team next year. Let's go Cougars!