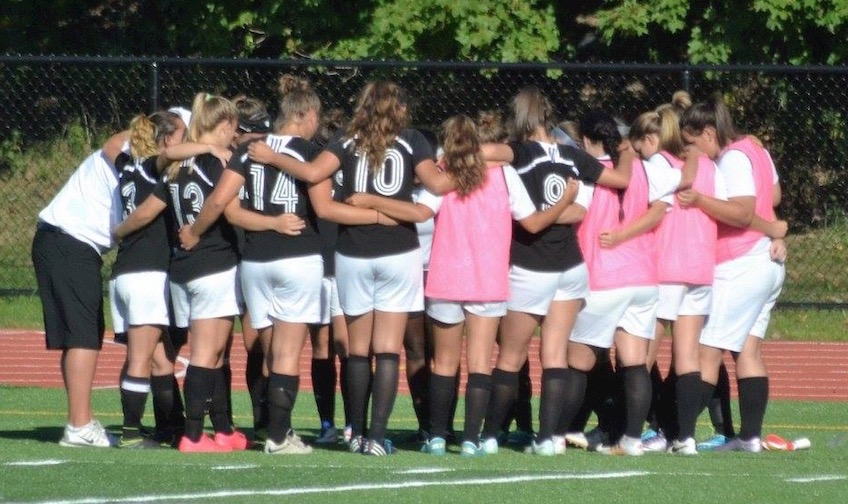 Holyoke Community College and the Lady Cougars soccer team will host to the 2016 New England (Region XXI) Championship Tournament to be played this weekend. The Cougars earned the right to host the event as the top seeded team in the New England with their regional record of 10-0-0.

Two semi-final matches will be played at O'Connell Field on the campus of HCC on Saturday, October 22 before the New England Championship game on Sunday, October 23. The #1 seed, Holyoke CC, will play at 11:30 a.m. on Saturday against the #4 seed, Bristol CC. That game will be followed by the other semi-final at 2 p.m., between #2 seed Springfield Tech CC and #3 seed, Massasoit CC. The winner of each match-up will advance to play in Sunday's final, kicking-off at 12 noon.

The Lady Cougars are 6-0-0 against the three other teams in the New England tournament, but will have remain undefeated if they want to emerge as champions. Holyoke has won the last four Region XXI championships and eight of the last 10. This year's team looks to take their rightful spot as champions, knowing they will have to remain diligent and play their best soccer to accomplish their goal. Let's go Cougars!

Photos: (Main) The Lady Cougars go arm-up before a game, as they do every game. This long time Cougar's Soccer tradition is borrowed from a few European soccer clubs and represents to the team that "You'll Never Walk Alone". (Thumbnail) Brandy Gallagher dribbles the ball while directing a teammate to get open for a pass.