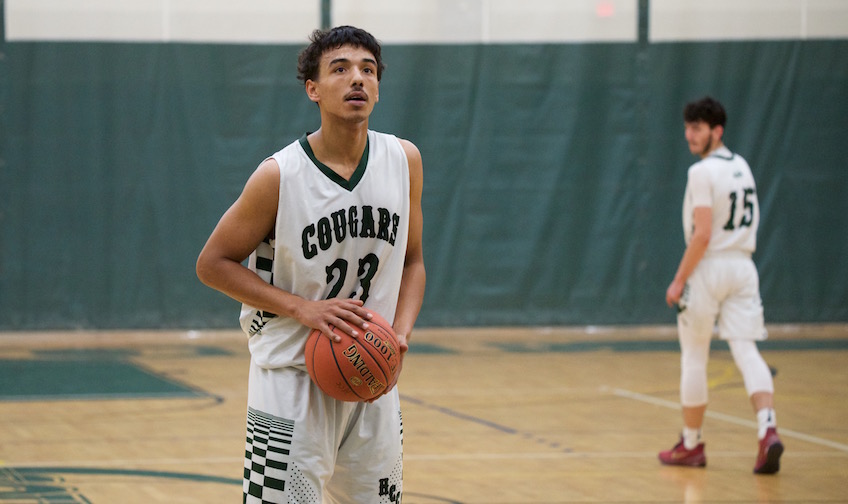 The Cougars basketball team is ready to open the 2021-22 season with a home game at the newly renovated Bartley Center for Athletics. Tip-off for the Tuesday, November 9th game is scheduled for 7:00pm as Holyoke hosts CC of Rhode Island.

The Cougars are led by sole returner Chevon Cote (Chicopee, MA / Chicopee HS) who played his freshman season for Holyoke in 2018-19. Cote, a 6' 5" forward, is an outstanding rebounder who consistently tallied double digit totals in rebounds and points-scored in games during his first year. He registered multiple double-doubles that season, including in six of the last seven games of the year. Joining Cote is a strong group of first-year players who are eager to make an impact at the college level. The entire group has worked hard in preseason under the guidance of 16th-year head coach Chris Montemayor.

Holyoke will play three of their first four games in the friendly confines of the Bartley Center, hoping home court advantage can help carry them to a strong start to the season. Let's go Cougars!