Cougars Battle Down the Final Stretch 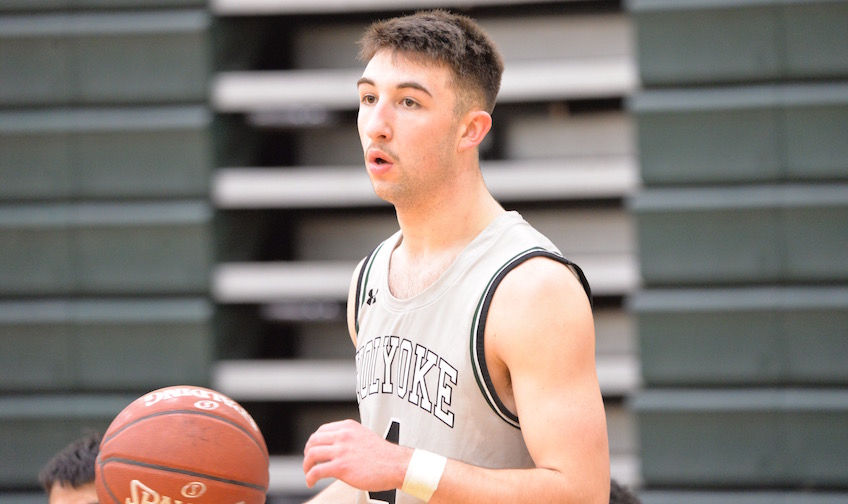 Men's basketball continues to work hard with the season drawing toward its end. The Cougars have battled tenaciously throughout the year, leaving it all on the court with just a few games left to play. Holyoke has had several positive results and strong performances despite registering just a single victory thus far.

Chevon Cote (Chicopee, MA / Chicopee HS), the Cougars' lone second-year player, has been Holyoke's most dominant player this season. Cote leads the team in rebounds, blocks and free throws made. He is second in points, trailing teammate Adrian Bonilla (Chicopee, MA / Chicopee Comprehensive HS) by just three. Bonilla, who scored 30 points in the Cougars' last game, leads the team in points per game and points scored. Brett Robinson (South Deerfield, MA / Frontier Regional HS) is second on the team in rebounds and three-pointers made and is the only member of the team to play in and start every game this season.

Men's basketball is 1-13 overall and will close out their season with a pair of away games this weekend. Let's go Cougars!

Photos: (Main) Robinson gets ready to inbound the ball. (Thumbnail) Cote gets in a good defensive position.