Last Second Three-Pointer not Quite Enough 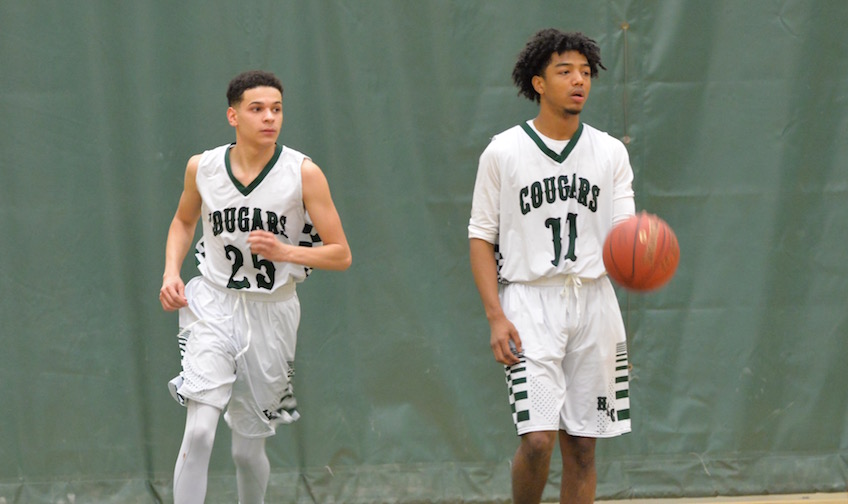 (Holyoke, MA) - The HCC men's basketball team played their final game of the 2017-18 season this past Tuesday evening when they hosted Ben Franklin Institute of Technology. The Cougars sank a three-pointer with less than five seconds to play in regulation to tie the score at 65 and send the game into overtime. A Holyoke victory was not meant to be as the extra frame saw the Cougars fall in heartbreaking fashion by a 75-69 final score.

The Cougars finish the 2017-18 campaign with an overall record of 2-19 and a regional record of 2-15. The players take a number of positives from the season, learning along the way to work hard and work together as team. The Cougars stayed competitive all year while playing against so many strong opponents. The team will wrap up the season with an enjoyable awards banquet and dinner to be held on HCC's main campus next week.