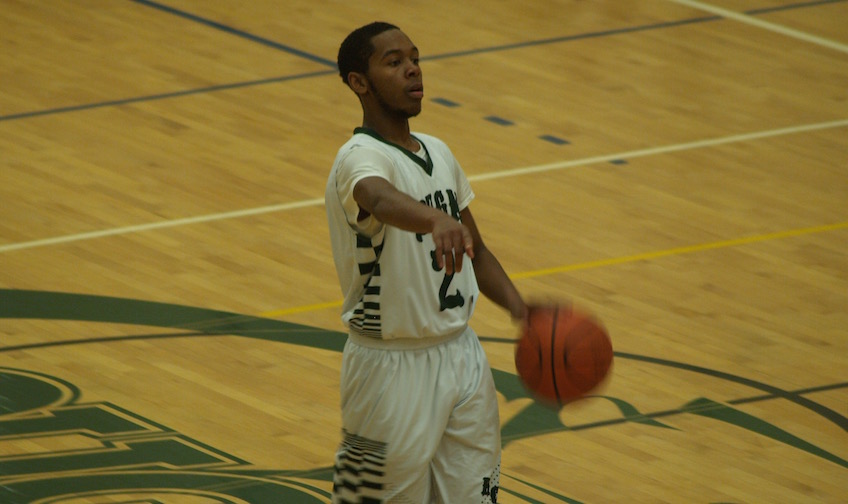 (Holyoke, MA) - The HCC men's basketball team earned a well-deserved victory on Thursday evening, defeating regional rival Roxbury CC by a score of 92-89. The Cougars led on the scoreboard for the majority of the game, leading by as many as ten points on their way to the win. Coach Montemayor praised his team after the game, saying, "It was a good team win." He went on to compliment each member of his team, saying, "Everyone pitched in."

Deon Charles (Springfield, MA / Springfield Renaissance School) led the way for the Cougars, scoring 30 points in the contest while making several clutch free throws late in the game. Reilly Miller (Chicopee, MA / Chicopee Comprehensive HS) continued with his stellar offensive production, putting up 21 points in the win. Cameron Cook (Springfield, MA / East Longmeadow HS) played his strongest game of the season, battling hard for rebounds on both ends of the court, while registering a season high 11 points. Cook was especially dominant in the second half, where he scored nine of his points. Nickolas Malo (Chicopee, MA / Chicopee Comprehensive HS) also played a remarkable game, scoring 14 points. Charles, Miller, and Malo all were a perfect five for five from the free throw line.

The Cougars will be on the road for their next game and return home on Saturday, December 17 to co-host a double header with the women's team against Bunker Hill CC. The ladies will play first at 1 p.m. followed by the men's game scheduled to begin at 3 p.m. Let's go Cougars!