Cougars Leap into Second Half of Season 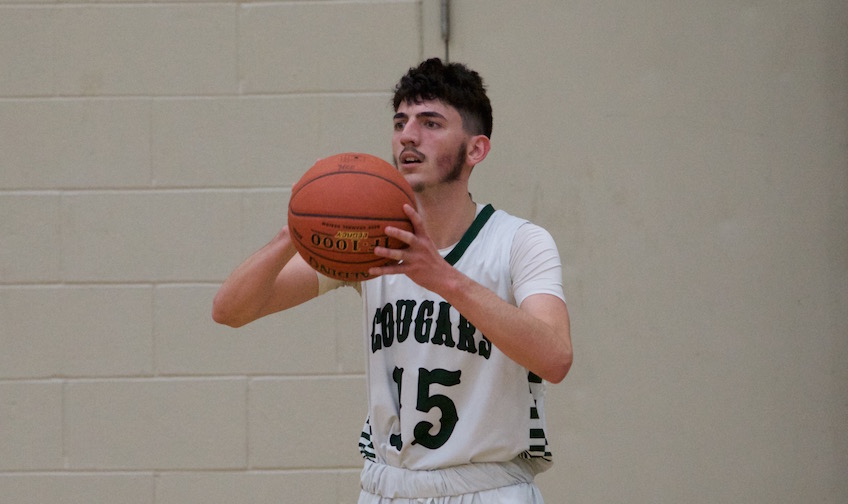 The Holyoke CC men's basketball team hit the court for a trio of games this past week to open the second half of the 2018-19 season. The Cougars have looked sharp coming off of the winter break, playing as hard in mid-January as they did in the first half of the season.

Several players have returned from fall semester for the Cougars and the team has added a few newcomers to their roster. Among the returners from the first half are Holyoke's leader in points per game Michael Castillo (Northampton, MA / Northampton HS) and all-around standout Samuel Monette (Springfield, MA / Hampden Charter). Castillo and Monette have picked up right where they left off before the break, playing outstanding basketball. Newcomer Jequan Rogers has added a dangerous new offensive element to the team with his skill at the point guard position.

The Cougars play several home games at the Bartley Center during the second half of their season. Six of the team's final seven regular season contests will be played at home. Let's go Cougars!

Photos: (Main) Samuel Monette inbounds the ball during a fall semester game. (Thumbnail) Michael Castillo moves to get open for a pass during a Cougar's home game.