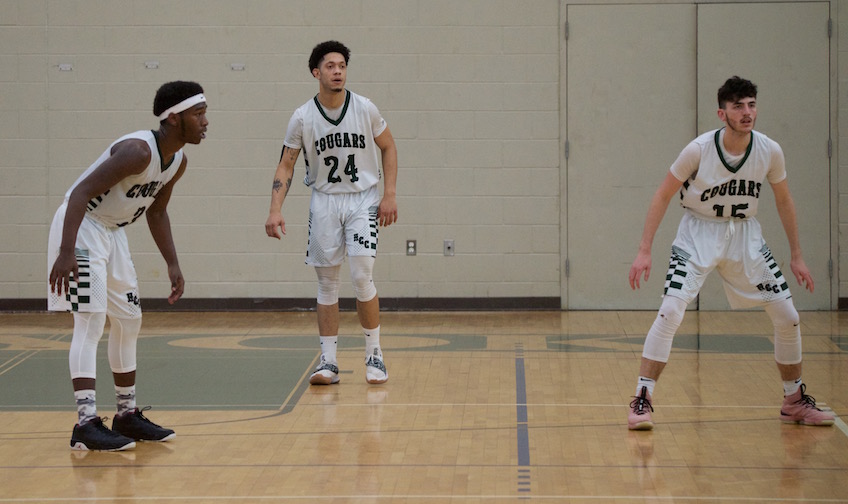 (Holyoke, MA) - Men's basketball was victorious on Monday afternoon, defeating fellow New England (Region XXI) opponent Massasoit CC 101-85. The Cougars relied on balanced scoring and strong rebounding on their way to the win. Six Holyoke players reached double digits in points in the contest and the Cougars outrebounded their opposition by more than 2-to-1.

Holyoke has a 1-0-0 regional record and a 1-1-0 overall record. They will play their next three games on the road before returning to the friendly confines of the Bartley Center on November 23rd to square off against Roxbury CC at 3pm. Let's go Cougars!

Photos: (Main) A trio of this year's Cougars during a game from last season. (L to R) Rogers, Castillo and Monette. (Thumbnail) Johnson takes a foul shot during the 2018-19 campaign.