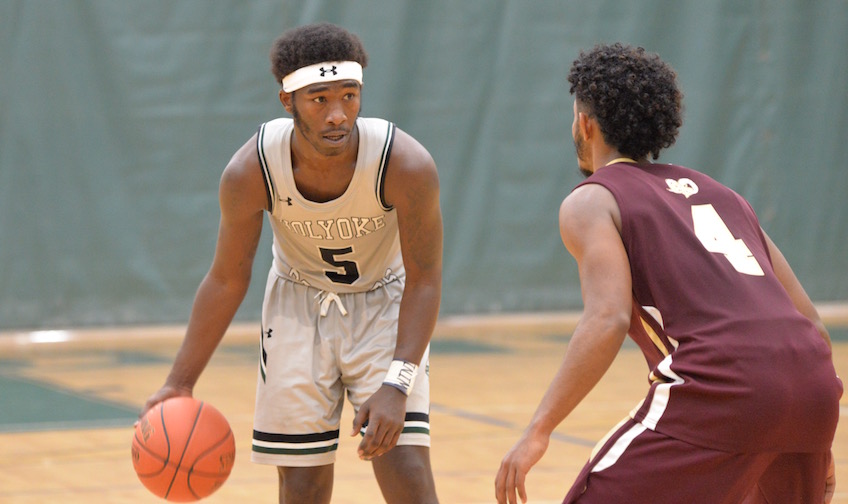 (Holyoke, MA) - Men's basketball earned a decisive 90-82 home win over their local rival, Springfield Technical CC, on Tuesday evening. The Cougars stormed out to a game high 17 point lead in the first half, enabling them to play with a comfortable lead throughout the contest. A strong push from the opposing Rams in the second half was not enough as the Cougars continued to pour on the offense on their way to victory.

Jequan Rogers (Springfield, MA / Sabis HS) was virtually unstoppable, leading the way offensively for Holyoke. Rogers scored a career high 38 points in the win, shooting 84% from the floor. He made 16 of the 19 shots he took, including one three-pointer, and was 5 of 7 from the free throw line. Rogers registered a double-double, bringing down ten rebounds to go along with his 38 points. Moshaun Alvarado (Springfield, MA / Sci-Tech HS) also tallied a double-double for the Cougars in the contest, dominating the boards with 18 total rebounds. Alvarado scored 22 points, including a monstrous dunk in the second half.

The Cougars improve their regional record to 2-3 and their overall record to 2-4 with the win. They play their next home game against regional opponent Bunker Hill CC on Thursday, December 5th at 8pm. Let's go Cougars!