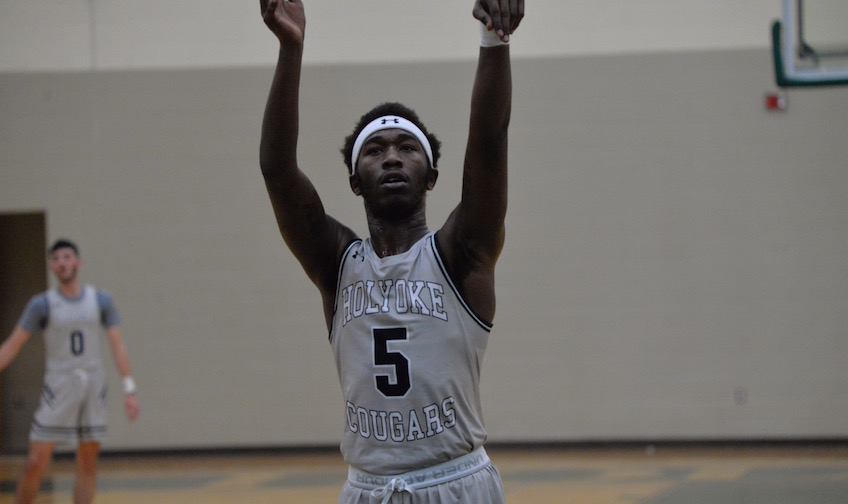 Jequan Rogers (Springfield, MA / Sabis HS) spearheaded the offense with 30 points and was one of three Cougars to register a double-double in the contest. Rogers shot a perfect 9 for 9 from the free-throw line and 3 for 3 from outside the three-point arc, accounting for 18 of his 30 points. He brought down 11 rebounds and added six assists. Moashaun Alvarado (Springfield, MA / Sci-Tech HS) scored 29 points while leading the Cougars in rebounds, grabbing 14. Michael Castillo (Northampton, MA / Northampton HS) tallied 13 points to go along with 12 rebounds.

The Cougars won the final two games of the first half of the season while winning three of their last four. They have a 4-4 regional record and a 4-5 overall record to end 2019. The Cougars will enjoy the winter break before reconvening in mid-January to continue the season. Let's go Cougars!