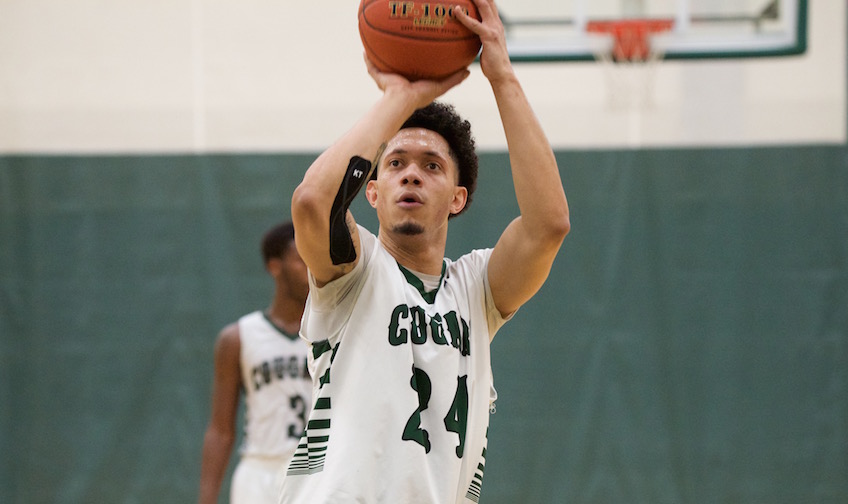 The Cougars' leading scorer Michael Castillo (Northampton, MA / Northampton HS) led the way offensively with 26 points. Castillo and Chevron Owens-Cote (Chicopee, MA / Chicopee HS) each registered a double-double in the victory. Castillo had 16 rebounds to go along with his 26 points and Owens-Cote scored 19 points and grabbed 13 rebounds. Connor Sliwa (Springfield, MA / Cathedral HS) had a strong game for Holyoke, scoring a pair of critical three-pointers in the win.

The Cougars are 3-1 overall in February and 3-0 at home during the month. They will play two more games this season, both at home. On Monday, February 11th the Cougars welcome UCONN Avery Point at 7pm before the season finale on Tuesday, February 12th at 7:30pm against Ben Franklin Institute. Let's go Cougars!