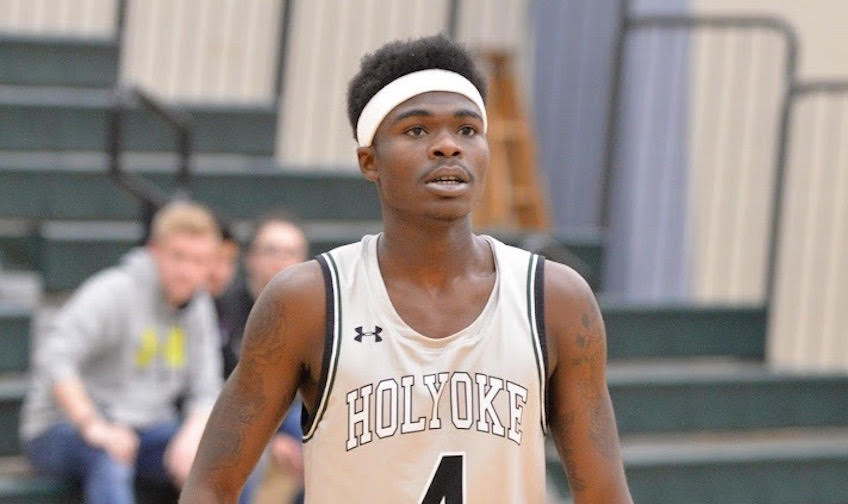 (Brockton, MA) - Men's basketball travelled on Saturday afternoon, earning an 84-72 win over regional opponent Massasoit CC. The Cougars carried a comfortable seven-point lead into halftime, cruising to their tenth victory of the season. With one more win, men's hoop matches a season total they've reached just once in the past decade.

The Cougars are 10-8 in New England and 10-11 overall. They have two remaining regular season contests, both regional away games, before the start of the post season. Let's go Cougars!

Photos: (Main) Jackson watches his three-pointer drop into the hoop. (Thumbnail) Alvarado battles for a rebound during an early season game.