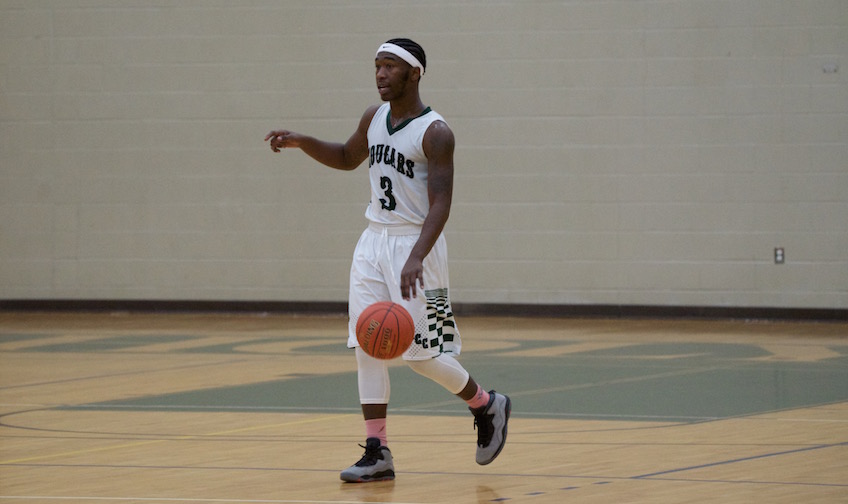 (Holyoke, MA) - The Cougars basketball team has played particularly well during the second half of the 2018-19 season. Holyoke savored the sweet taste of victory on Saturday afternoon with an impressive 81-73 home win over regional opponent Massasoit CC. Holyoke has been knocking on the door in recent games, falling just short twice in the past week when trailing by a single basket in the game's final seconds. Saturday's win was extremely rewarding to a Cougars team that has worked so hard, especially in the spring half of the season.

Three players registered a double-double for Holyoke and five players were in double digits for points. Jequan Rogers, who leads the Cougars in points scored and points per game during the spring season, once again led the way in Saturday's victory. Rogers scored 21 points and grabbed ten rebounds. He had seven assists and sunk both of his three-point attempts. Michael Castillo (Northampton, MA / Northampton HS), who leads Holyoke in overall points for the full season, scored 20 in the big win. Castillo also brought down ten rebounds and made some key blocks defensively. Sam Monette (Springfield, MA / Hampden Charter) shot 4 of 5 from three-point range, tallying 12 points to go along with seven rebounds and five assists.

The win was the first of the season for the Cougars, whose overall record doesn't fully reflect the team's strong performances this year, especially as of late. Holyoke has three home games remaining during the season's final two weeks, the first of which is on Tuesday February 5th at 7:00pm against Northern Essex CC. Let's go Cougars!

Photos: (Main) Rogers dribbles the ball upcourt during a recent Cougars home game. (Thumbnail) Castillo (#24) and Monette (R) get in good defensive position during a home game against STCC.