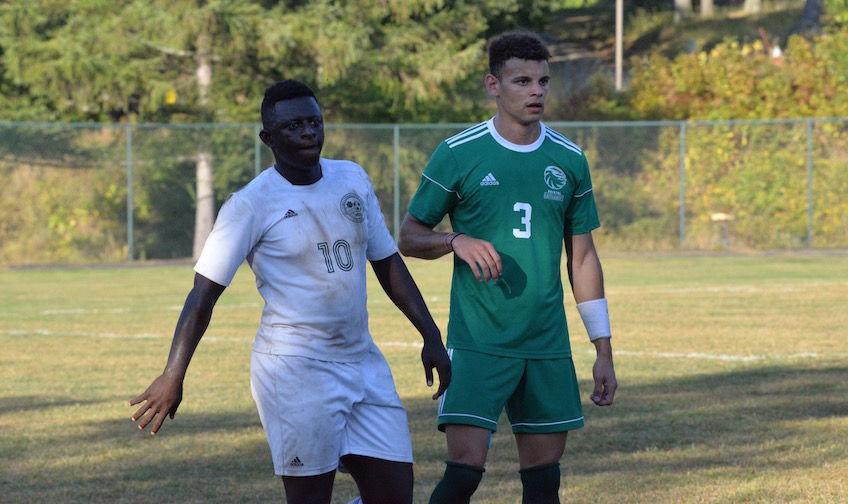 (Holyoke, MA) - The Cougars put forth their best offensive effort of the season on Saturday, scoring six goals on their way to a home victory. Holyoke defeated regional foe Quincy College by a 6-3 score.

The Cougars leading scorer, Musa Jiana, led the way, tallying a hat trick in the victory. Jiana has been a scoring machine for Holyoke, registering more than half of the team's goals this season. Sean McCormick scored a pair of goals in the victory and Ryan Shaw tallied the other goal for the Cougars.

Holyoke is 4-6-0 in the New England region and 4-7-0 overall. They will play four consecutive games at home to close out the regular season. They host regional opponents on Tuesday and Thursday, October 15th and 17th, at 4pm. Let's go Cougars!

Photos: (Main) Musa Jiana awaits a throw in during an early season game. (Thumbnail) Sean McCormick battles for the ball.