Men’s Soccer on a Roll 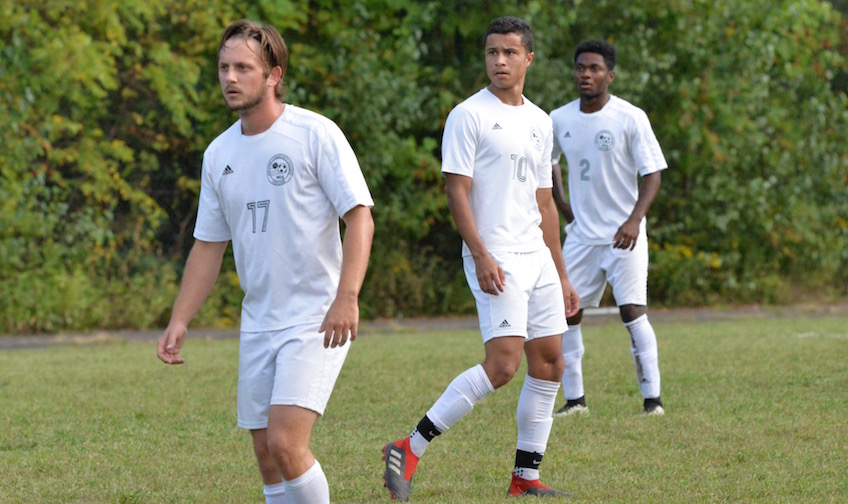 (Boston, MA) - The Cougars were on the road this past Sunday to square off against regional rival Roxbury CC. Holyoke earned their second straight shutout while putting forth an offensive onslaught, winning by an 8-0 score.

Holyoke was led offensively by freshmen Adam Herbert (West Springfield, MA / West Springfield, HS) and Joseph Evborokhai (Holyoke, MA / Holyoke HS), who were involved in all eight of their team's goals. Herbert scored two goals while assisting on four others for a remarkable eight points. Evborokhai scored one goal and also had four assists. Goalkeeper Gabe Ramos (Chicopee, MA / Ludlow HS) was in goal keeping a clean sheet for the Cougars' third shutout of the season. Zane Wendolowski (Hatfield, MA / Smith Academy) had a pair of goals in the contest and Dan McColgan (Chesterfield, MA / Hampshire Regional HS) also found the back of the net.