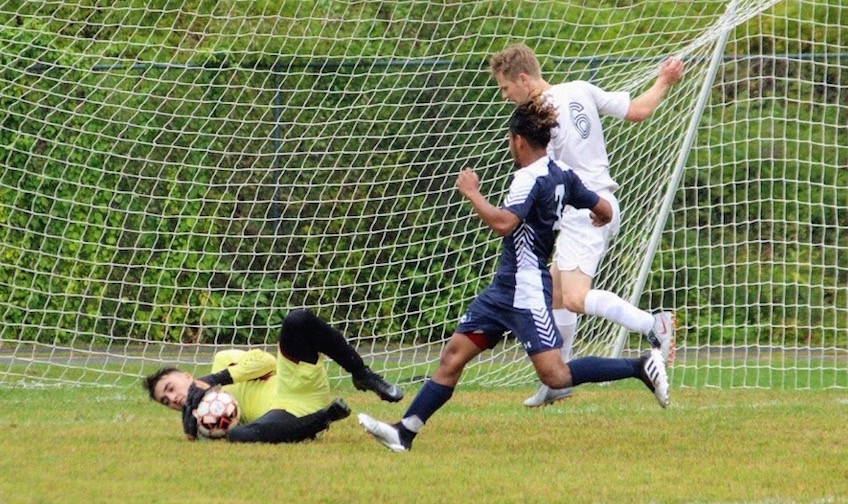 (Quincy, MA) - Men's Soccer put forth a stellar defensive effort on the road on Saturday afternoon, defeating regional foe Quincy College 1-0 in overtime. The shutout was the Cougars' second of the season with both coming by way of a 1-0 road victory.

Goalkeeper Quinn Cardaropoli (Suffield, CT / Suffield HS) kept the clean sheet behind a strong Cougar defense, earning his and the team's second shutout of the campaign. Musa Jiana (Chicopee, MA / Chicopee HS) scored the game-winning goal in overtime when he converted a penalty kick after being fouled inside the 18-yard box. Michael Murphy had a particularly strong game, making a key defensive play that otherwise may have ended up in a goal against.

The Cougars improve to 3-5-0 overall and 3-4-0 in the region with the win. They play their next game at home on Saturday at 2pm against local rival Springfield Technical CC. Let's go Cougars!

Photos: (Main) Cardarolpoli makes a save with Garrett Antosz working back on defense. (Thumbnail) Jiana plays the ball forward.