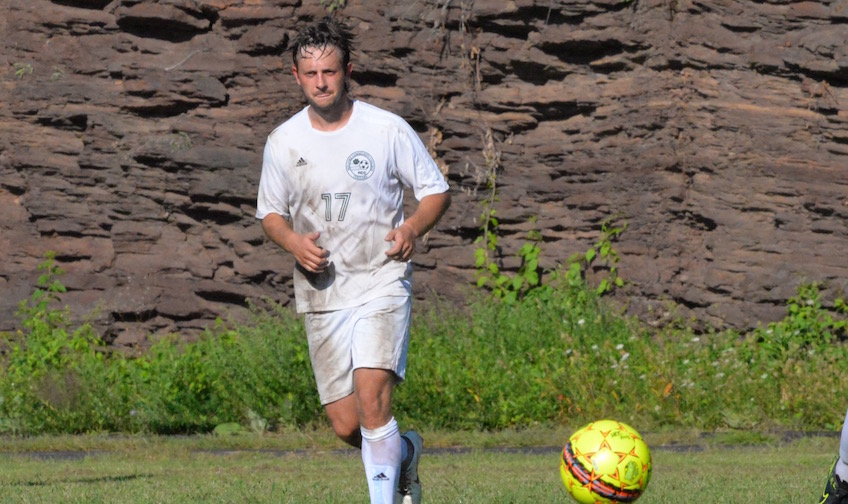 (Holyoke, MA) - The HCC men's soccer team won its second consecutive regional home game by defeating Quincy College 2-1 on Saturday afternoon. The Cougars fell behind by a goal but tied the game just before half time and took a lead they would not relinquish in the second half.

Sophomore captain Gabe Ramos (Chicopee, MA / Ludlow HS) scored the game-tying tally in the final minute of the first half with a goal that was described by Cougars' head coach Abel Durojaiye as "one of the most unbelievable shots I've ever seen." Ramos volleyed a rocket of a shot from over 50 yards out that smashed the crossbar and went "bar down" into the goal - a truly spectacular play. Freshman standout Adam Herbert (West Springfield, MA / West Springfield HS) scored the game-winner in the second half, his team-leading fourth goal of the year. Herbert, who is also a member of the HCC baseball team, has been outstanding on the pitch for the Cougars in the early part of the year.

Holyoke's start to the season is the program's best in nearly a decade. The Cougars are a perfect 2-0-0 in regional play and 2-2-0 overall. Their next game is another home regional contest as Holyoke's biggest rival, Springfield Technical CC, comes to O'Connell field for a 4pm kickoff on Wednesday, September 12. Let's go Cougars!

Photos: (Main) Adam Herbert moves to space after making a pass on Saturday afternoon. (Thumbnail) Gabe Ramos gets open in the midfield for the Cougars during the win.