Cougars Battle Down the Stretch 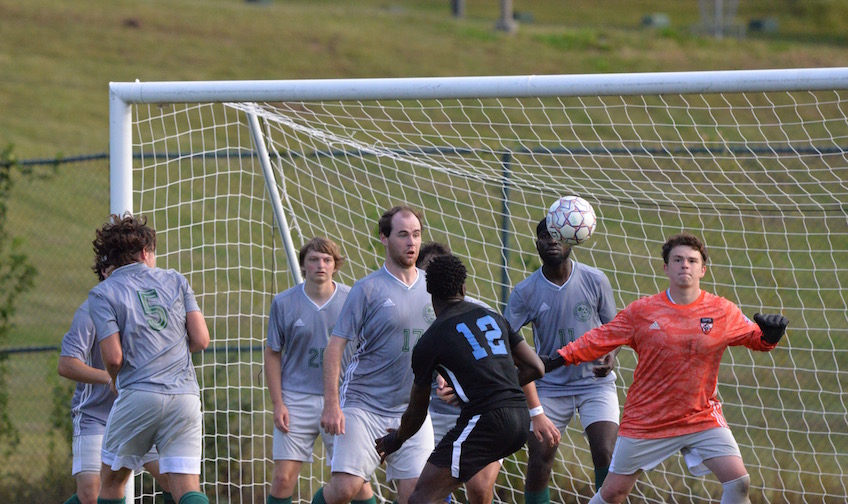 (Holyoke & Worcester, MA) - The Cougars soccer team has worked extremely hard throughout the 2021 season, earning several positive results along the way. Holyoke has had a tall task to overcome this year, playing with a roster comprised of just 12 athletes. The Cougars put forth two of their strongest performances of the season in their last two matchups, keeping the games very close and falling by just a goal in each contest.

Hard work and smart soccer have been the keys for Holyoke, who play a very difficult regional schedule. Led by returning captain Quinn Cardaropoli (Suffield, CT / Suffield HS), the Cougars have committed to teamwork and a high work ethic to stay competitive. Cardaropoli has played brilliantly throughout the season, playing primarily in the midfield or on defense. Goalkeeper Dominick Nomakeo (Easthampton, MA / Granby HS) has been sharp in net, making a number of great saves during the year. Nomakeo has given up just three goals in the last two games.

Holyoke played very well in a 1-0 away loss to Quinsigamond CC yesterday afternoon and in a 2-1 home loss to Roxbury CC on Saturday. The Cougars have a regional record of 0-7-0 and an overall record of 0-8-0. They host Bristol CC this Saturday afternoon before playing a pair of makeup games to close the season. Let's go Cougars!