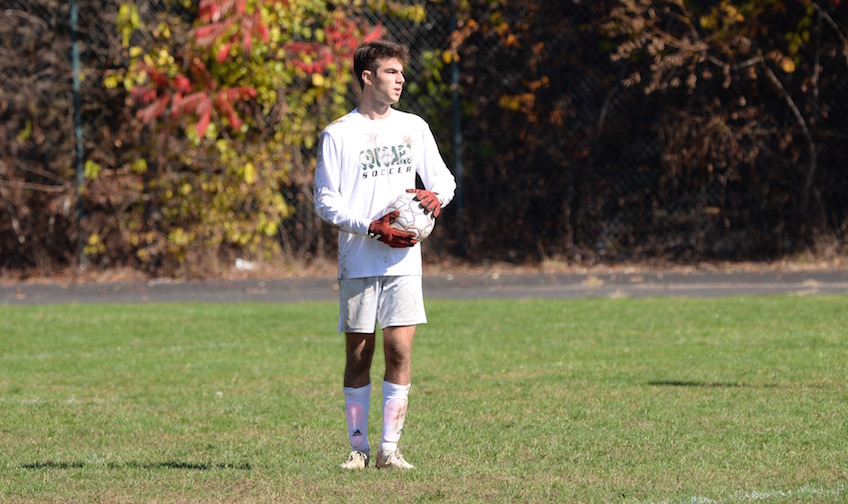 (Haverhill, MA) - Men's Soccer defeated Northern Essex CC in a penalty kick shootout on Tuesday evening and have advanced to the semifinal round of the New England Championship Tournament. The Cougars played to a 1-1 tie after 110 minutes of soccer before winning the six-round shootout 4-3.

Holyoke is 4-2-3 overall and 3-2-2 in the region. They will play in a regional semifinal for the first time since 2015 when they square off against #1 seed Roxbury CC on Saturday, October 29th. Holyoke will host the game at O'Connell Memorial Field on the campus of HCC with kickoff slated for 2pm. Let's go Cougars!

Photos: (Main) Giroux gets ready to distribute the ball. (Thumbnail) Grochowski (#8) and Profeta (#18) during a recent home game.