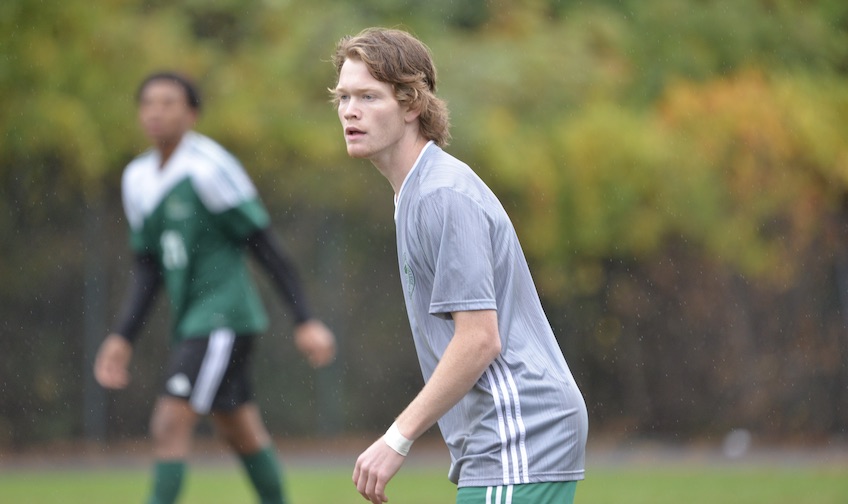 (Holyoke, MA) - Men's soccer defeated regional opponent CC of Rhode Island 2-0 on Tuesday afternoon, earning their fourth win and second shutout of the season. The Cougars put forth a strong performance on their wet home field, scoring a goal in each half on their way to the win.

Michael Grochowski (Westfield, MA / Westfield HS), Holyoke's leading scorer this season, tallied both goals in the victory. Grochowski made something out of nothing with his exceptional work rate to create his first goal and headed his second into the back of the net off of a corner kick. Rodrigo Profeta (Springfield, MA / St. Bonaventure's School) registered an assist on the second goal, serving in a perfectly placed corner kick. Goalkeeper Benjamin Giroux (East Longmeadow, MA / East Longmeadow HS) kept the clean sheet, making several critical saves in the contest. In both game he has started in goal this season, Giroux has registered shutouts.

Men's soccer is 4-1-1 overall and 3-1-1 in the region. Their next game will be at home against non-NJCAA opposition New Hampshire Technical Institute this Saturday, October 8th at 1pm. Let's go Cougars!