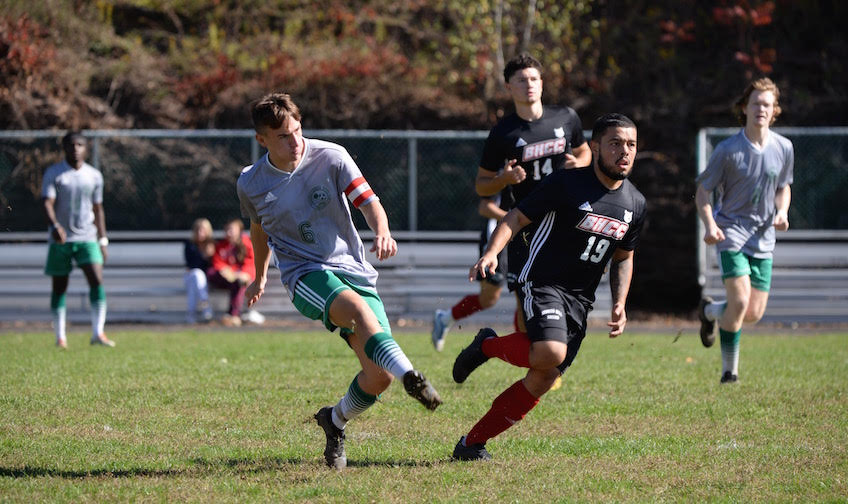 (Lincoln, RI) - Men's soccer saw their championship hopes come to an unfortunate end, losing in the New England final to CC of Rhode Island on Sunday afternoon. The Cougars carried a ton of momentum into the match but it was not meant to be as they fell 5-1 in what became the season finale.

Holyoke ends the season with a 4-3-2 regional record and a 5-3-3 overall record while recording three shutouts. Their appearances in the New England championship tournament and the final game were the program's first of each respectively since 2015. Let's go Cougars!