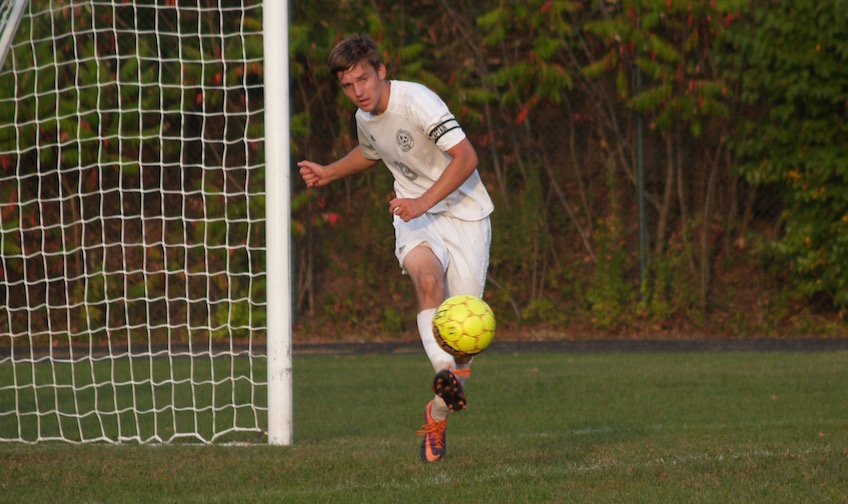 Three freshmen members of HCC's men's soccer team have been named to the NJCAA All-New England (All-Region) Team for the 2017 season. All three All-Region recipients performed brilliantly this past year and two of the recipients also received Cougars Soccer team awards.

Daniel McColgan - (Chesterfield, MA / Hampshire Regional HS) - Freshman, Center Back, #13
2017 - 2nd Team All-New England, Cougars' Most Valuable Player (MVP), Team Captain
McColgan was one of the Cougars' most dominant players this season, anchoring the defense as the team's center back. He is a true college defender who combines strong and aggressive defensive play with patience and a great ability to read the game. McColgan was the team's leader, guiding the group with his remarkable play, vocal leadership and unrelenting work rate.

Josiah Wilson - (Amherst, MA / Amherst Regional HS) - Freshman, Midfielder, #7
2017 - 2nd Team All-New England, Cougars' Player Award Recipient
Wilson was the Cougars' most outstanding offensive player this year. An exceptional distributer of the ball with great vision of the field and a prominent scoring touch, Wilson led the team in goals, assists and points this season. Wilson is the deserving recipient of the Cougars Soccer Player Award, given to a player who truly represents what it is to be a Cougar soccer player in the way he carries himself both on and off the field.

Shyam Tewani - (Amherst, MA / Amherst Regional HS) - Freshman, Defender, #2
2017 - 2nd Team All-New England
Tewani was one of the Cougars' most consistent players this season. A smart defender who reads the game and opposing attackers very well, Tewani regularly made scoring chances very difficult to come by for his opposition. Despite not having the chance to regularly get involved in the offense from his defensive position, Tewani put his offensive talents on display by scoring a very important goal for the Cougars in a late season home game.