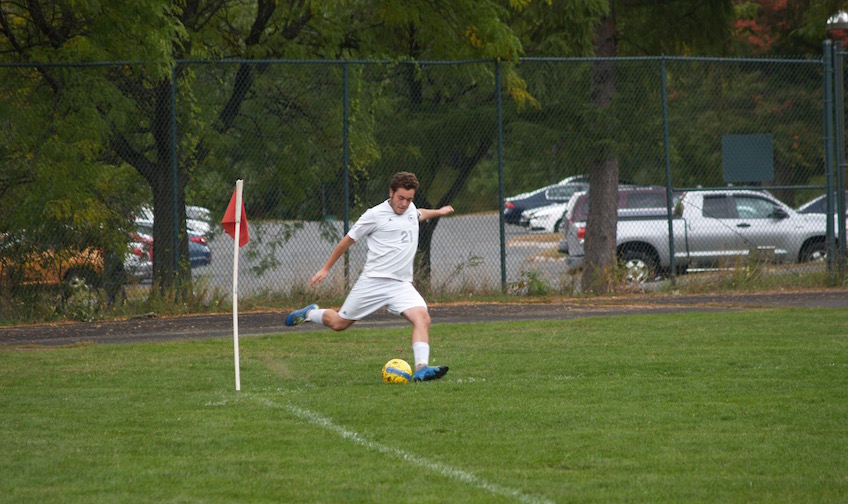 Chris Thomas (East Longmeadow, MA / East Longmeadow HS) - Freshman, Midfielder, #17
2016 - 1st Team All-New England
Cougar's Most Valuable Player (MVP)
Thomas was the Cougars' strongest all-around player this season, skilled in both the offensive and defensive areas of the game. He is a game-changing impact player who can be a dynamic threat to score as well as a force to be reckoned with in the middle of the field. Thomas scored the Cougars' most brilliant goal of the season during a home game when he blasted a shot into the upper corner of the goal from 35 yards out.

Luis Gomes (Ludlow, MA / Ludlow HS) - Sophomore, Midfielder, #21
2016 - 1st Team All-New England, Cougars Player Award, team captain
2015 - 2nd Team All-New England, Cougars Player Award
Gomes was one of the Cougar team captains this year and the true leader of the group all season long. Gomes is a two-time recipient of the Cougar Soccer Player Award which is given to a player who truly defines what it is to be a Cougar soccer player; in the way he carries himself and represents the program both on and off the field. Gomes is a class act and an exceptionally skilled offensive soccer player who has wonderful vision of the field; he is an exceptional passer and thinks the game at a very high level.

Jacob Whitacre (Granby, MA / Granby HS) - Freshman, Midfielder, #9
2016 - 2nd Team All-New England
Whitacre was the Cougars' hardest working player all season long, showing an impeccable work rate and desire to compete. Whitacre has limited soccer experience, but was the most noticeable player in a Cougars uniform every game because of his relentless running and endless drive. Despite his limited experience, Whitacre was the Cougars' leading goal scorer this year and also the only player to register a multi-goal game.