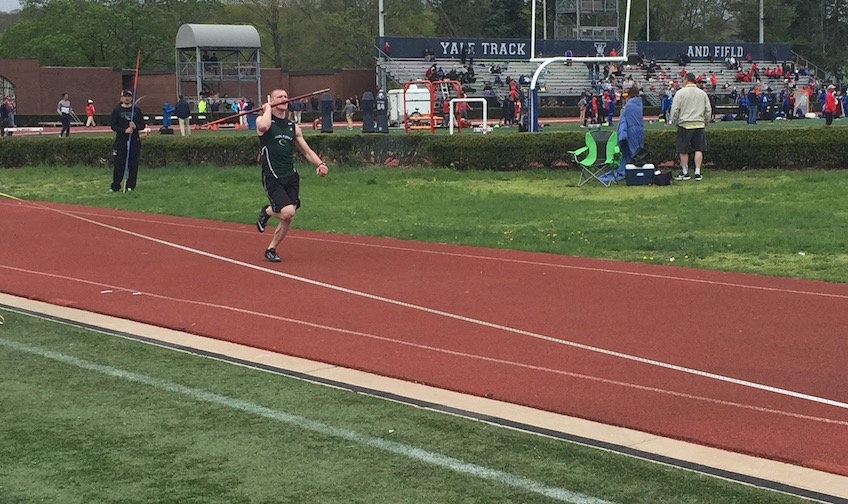 Track & field returned to HCC as a varsity sport in the spring of 2017 after a hiatus of more than 20 years. The comeback season proved to be a successful one. The 2017 Cougars team consisted of a pair of athletes, both throwers, who competed in all of the team's meets. Javelin thrower James Moriarty (South Hadley, MA / South Hadley HS) qualified for the NJCAA National Tournament where he finished in eighth place in the javelin throw event.

The Cougars will get their season underway this Saturday, April 7th at the American International College Invitational, beginning at 10am. All seven members of the team are expected to compete at the opening meet at AIC. Let's go Cougars!