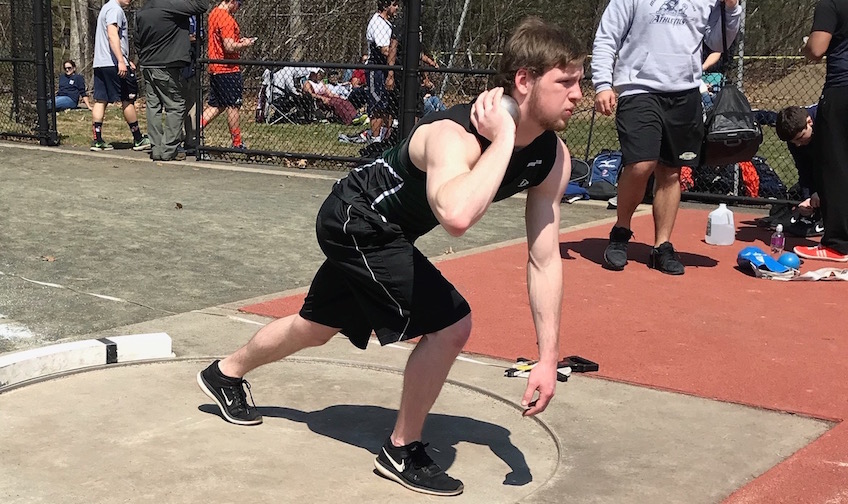 The HCC track & field team successfully completed their regular season this past Sunday, competing in the Yale Springtime Invitational at Yale University. The Cougars team was comprised of seven athletes this year, growing from just two in 2017. Holyoke participated in a series of meets this spring, including local events at Westfield State University, Springfield College and American International College.

All seven members of the Cougars team had outstanding seasons, most notably the team's only returning sophomore, James Moriarty (South Hadley, MA / South Hadley HS). Moriarty, who throws javelin and shot put, qualified for the NJCAA National Championship for the second consecutive year as Holyoke's lone representative. He will compete in the javelin event this year at the national tournament as he did in 2017, when he finished eighth overall.

Congratulations to all seven of the 2018 Cougars track & field athletes on their outstanding seasons and best of luck to James Moriarty at the NJCAA National Championship. Let's go Cougars!!

Photos: (Main) James Moriarty throwing shot put at one of this season's track meets. (Thumbnail) Four members of the Cougars track & field team pause for a photo with their coaches.