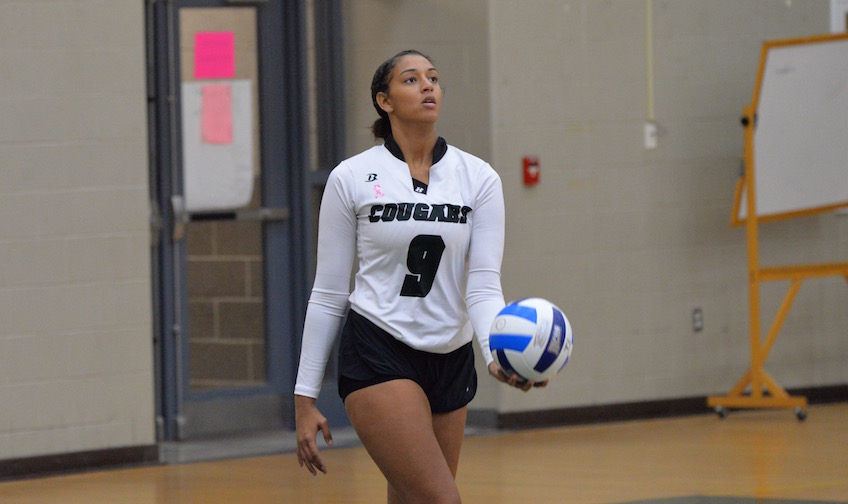 HCC will play host to this year's New England (Region XXI) championship volleyball tournament on Sunday, October 27th. The tournament will take place at the Bartley Center with semifinal games being played at 11am and 1pm with the championship final beginning at 3pm.

The host Lady Cougars enter the regional tournament as the #4 seed after winning their final two contests of the season to earn their playoff birth. Holyoke will play against #1 Massasoit CC in the 11am semifinal. The 1pm semi features #2 Northern Essex CC facing off against #3 Quinsigamond CC. The winner of each semifinal will advance to compete in the New England championship game at 3pm.