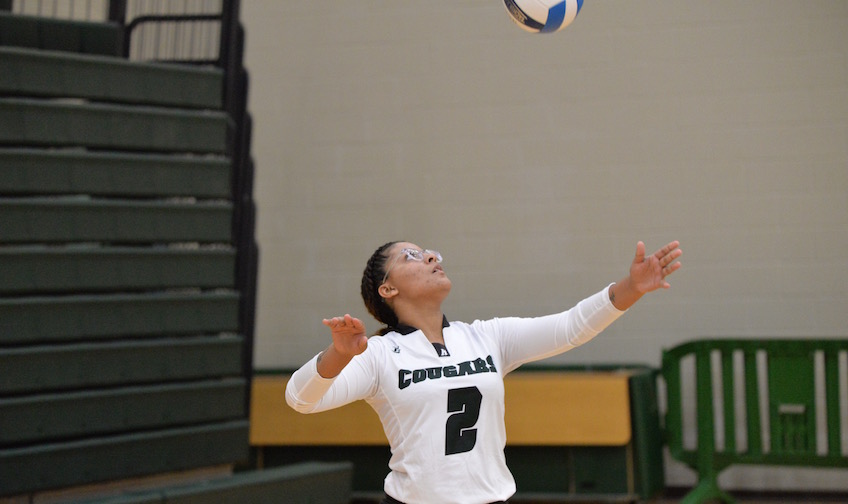 The Cougars were led by their two captains, Aysha Miller (Springfield, MA / Chicopee HS) and Glenysbeth Andino (Springfield, MA / Sci-Tech HS) who were dominant throughout the contest. Miller and Andino each tallied several kills, blocks and digs and both served brilliantly in the win.

The Lady Cougars are 1-0-0 overall and in the region after the season opening victory. Holyoke will host their next game against Northern Essex CC on Saturday afternoon at 1pm. Let's go Cougars!