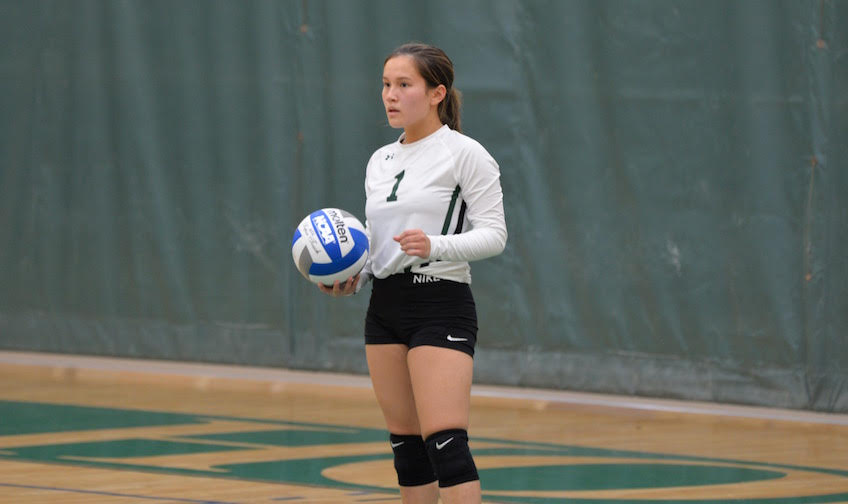 (Holyoke, MA) - Women's volleyball closed out their regular season with a 3-0 home win over regional opponent Bunker Hill CC on Tuesday evening. The victory was the seventh straight for the Lady Cougars against regional competition, with six coming in straight-set fashion.

Kayla Nguyen (Springfield, MA / Sci-Tech HS) set the pace in the game for Holyoke, leading the team with 24 assists and 11 digs. Nguyen finishes the regular season as the team leader in assists with 298 and is second in digs with 111. Mayouri Yath (Cambodia / Amherst Regional HS) had a stellar performance in the win, producing a team high in points with 13 and kills with nine. Yath finishes the regular campaign as the Lady Cougars' leader in points with 133, digs with 120 and kills with 105. Adareasheia Pinsly (Alaska / Sunrise Mountain HS) was strong in the victory, scoring 11 points to go along with seven kills. Pinsly finishes the regular season third on the Lady Cougars with 70.5 points, 106 digs, and 51 kills.

Women's volleyball closes the regular season with a regional record of 8-5 and an overall record of 8-6. They have qualified for the New England championship tournament that consists of the top four teams in the regional standings at season's end. Holyoke's seed in the tournament will be determined in the coming days as all teams close out their regular seasons. Let's go Cougars!

Phots: (Main) Nguyen prepares to serve. (Thumbnail) Yath gets set for a bump.