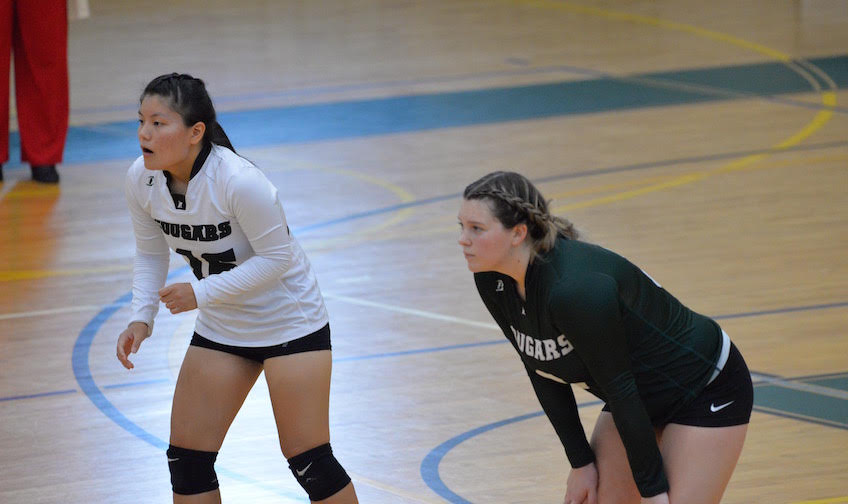 Jenna Hajdamowicz (Chicopee, MA / Chicopee HS) - First Year - #8
2021 - Lady Cougars Most Valuable Player
Hajdamowicz was the Lady Cougars' strongest and most consistent player throughout the season. An exceptional server and a vocal leader, the team's MVP rarely made a mistake. Hajdamowicz was a force anywhere on the court, playing equally well offensively and defensively.

Adamaryz Figueroa (Springfield, MA / Central HS) - First Year - #24
2021 - 2nd Team All-New England
Figueroa was Holyoke's most dominant presence; a tall and strong athlete, she wreaked havoc on her opponents. Whether at the net spiking and blocking or in the back court digging and bumping, Figueroa excelled. She serves and hits the ball with a furious pace and reads the game brilliantly.

Adareasheia Pinsly (Las Vegas, NV / Sunrise Mountain HS) - First Year - #4
2021 - 2nd Team All-New England
Pinsly was one of the Lady Cougars' liberos and one of the smartest and most skilled players on the team. Possessing an exceptional touch on the ball, Pinsly was one of the team's best setters and passers. She has a stellar serve and can place the ball with pinpoint accuracy.

Carly Chambers (West Springfield, MA / West Springfield HS) - First Year - #16
2021 - Lady Cougars Player Award
Chambers was Holyoke's hardest working player, giving nothing less than 100%, game in and game out. A very skilled athlete who carries herself with class on and off the court, Chambers is most deserving of the team's Player Award honor.

Photos: (Main) Chambers (L) and Hajdamowicz (R) get ready to receive a serve during a home game. (Thumbnail) Pinsly (L) and Figueroa (R) get in a good stance before the ball comes over the net.