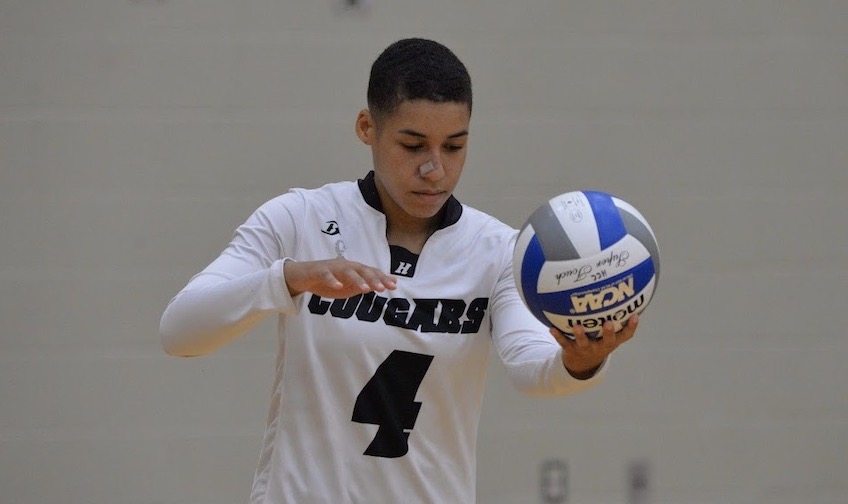 The HCC women's volleyball is ready to get their season underway after a very beneficial preseason. The Lady Cougars will open with an away game, traveling to play CC of Rhode Island on Tuesday, September 13th at 7pm.

Women's volleyball has worked extremely hard during their preseason in preparation for what should be a very good year for the program. The Lady Cougars return five outstanding players from last year's team and welcome in a talented group of freshmen. Among the Cougars strong cast of returners are Adareasheia Pinsly (Las Vegas, NV / Sunrise Mountain HS) and Carly Chambers (West Sprigfield, MA / West Springfield HS), both of whom were tremendous for Holyoke in 2021. Pinsley was selected 2nd team All-Region (All-New England) during her freshman season while Chambers earned the team's Player Award.

After Tuesday's away game, the Lady Cougars' next contest will be a tri-match to be played at the Bartley Center. Holyoke will host Northern Essex CC and Massasoit CC with game one beginning at 11am. Let's go Cougars!

Click here to see the full schedule on the women's volleyball webpage.

Photos: (Main) Pinsly prepares to serve during a 2021 home game. (Thumbnail) Chambers during her freshman season.