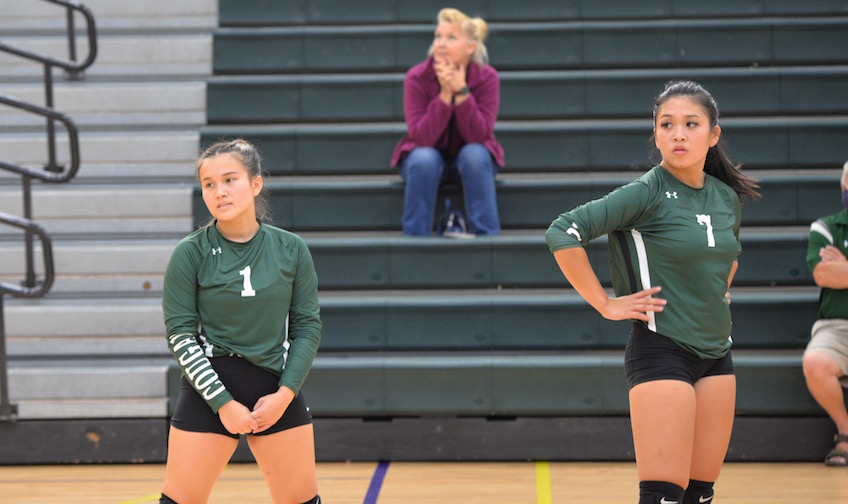 (Lincoln, RI) - Women's volleyball travelled to CC of Rhode Island to play in a tri-match on Saturday afternoon, earning a 3-0 straight-set win over Bunker Hill CC in their second matchup. The Lady Cougars were sharp on their way to the victory, winning the three sets 25-15, 25-21 and 25-12. In their first game of the day, Holyoke fell in five very close sets to CCRI for the second time this season.

Mayouri Yath (Cambodia / Amherst Regional HS) was outstanding for Holyoke in both matchups, leading the way in points, kills and digs in each contest. Yath had 16 points, 12 kills and 15 digs against CCRI and 15 points, 10 kills and 15 digs against BHCC. Kayla Nguyen (Springfield, Ma / Sci-Tech HS) played brilliantly in both games, producing 24 assists in the loss and 20 in the win. Maria Mishol (Hartford, CT / Longmeadow HS) put forth a strong performance, registering 15 kills in the first game and eight in the second.

Holyoke has a 2-5 regional and overall record. They host Bristol CC at the Bartley Center on Monday, September 26 at 6:30pm. Let's go Cougars!