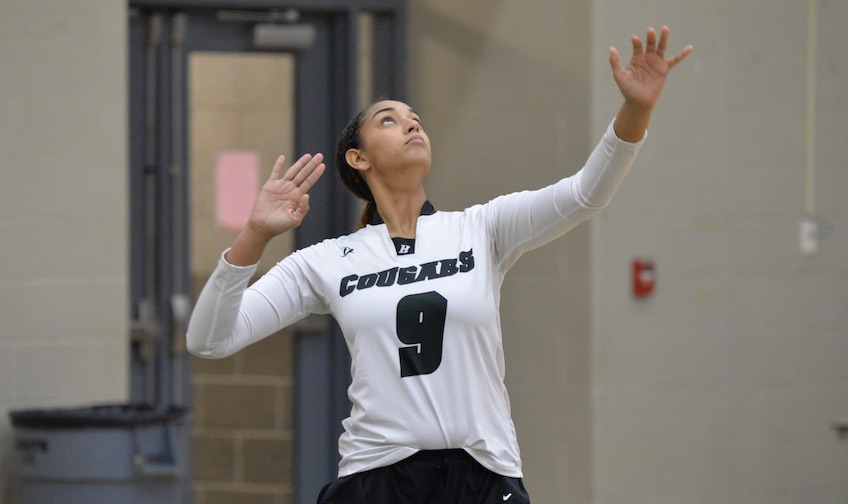 (Lincoln, RI) - The Lady Cougars volleyball team put forth its best performance of the season on Tuesday evening, beating regional opponent CC of Rhode Island. Holyoke played very well in the road contest to earn their first victory of the season, winning the match 3 games to 1.

The Cougars played well right from the start, claiming game one 26-24. Game two saw Holyoke jump out to a 2-0 match lead by way of a 25-21 score. CCRI would take game three before the Lady Cougars emerged victorious by a 25-17 score in the fourth and final game of the match. Holyoke served brilliantly throughout the contest and they had several crucial blocks and digs. Each member of the team played very well and contributed to the victory.

The Lady Cougars record is 1-3. They play their only non-regional and non-NJCAA match of the season tonight (9/30/21) when they host Bay Path College at 7pm at the Bartley Center. Holyoke is home again on Saturday at 1pm against Mass Bay CC. Let's go Cougars!