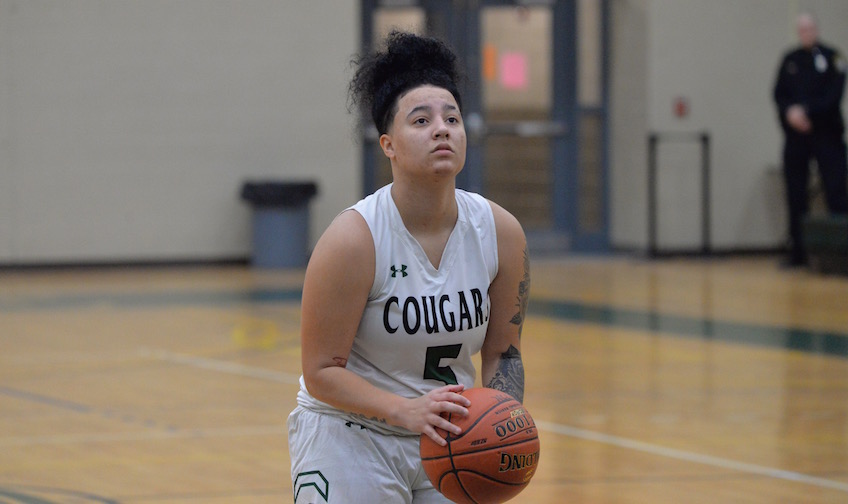 (Holyoke, MA) - Women's Basketball leapt Into the second half of the 2019-20 campaign on Thursday evening, earning a hard-fought home victory over regional foe Quinsigamond CC. Playing their first game since mid-December, the Lady Cougars came out of the winter break strong, defeating their New England opponent 56-48.

The Lady Cougars have an overall record of 2-5 and a regional record of 2-3. Their next home game will be a non-regional matchup and the first game of an HCC double-header against UCONN Avery Point. The ladies will play at 6pm followed by the men tipping-off at 8pm. Let's go Cougars!