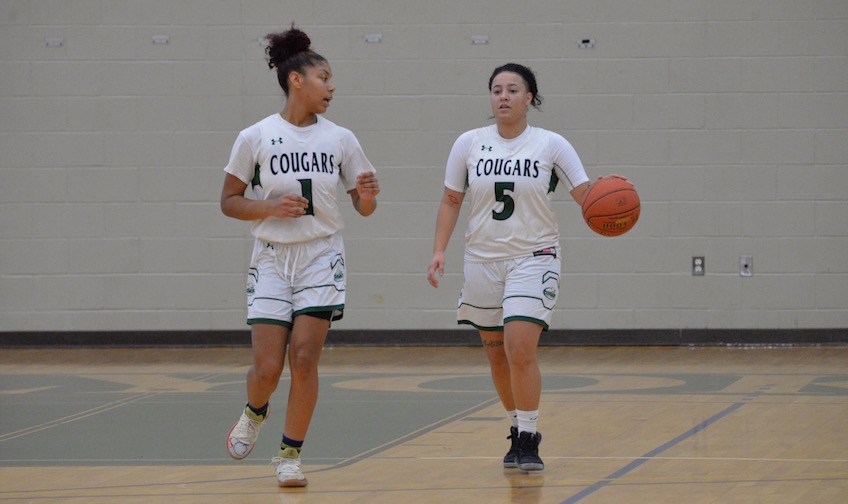 Women's basketball has put forth an exceptional effort this season, battling valiantly as the campaign winds toward its finish. The Lady Cougars have earned several positive results, including a pair of big wins over a few of their regional opponents. Under the guidance of first year head coach Joseph Paige, Holyoke has shown remarkable teamwork, a very positive attitude and a tremendous work rate.

Several players have shined for the Lady Cougars this season. Point guard Breanna Marchena (Springfield, MA / Commerce HS) has led the charge offensively, carrying the ball and pace of play while leading the team in scoring and three-pointers. Guards Jah'Anesty Dickson (Springfield, MA / Commerce HS) and Dasia Dejus (Chicopee, MA / Chicopee Comprehensive HS) have filled the basket, pilling up points and both showing great leadership vocally and in their play. Forward Colby Sanders (Swanzey, NH / Monadnock Regional HS) has been a dominant presence under the hoop, leading the Cougars in rebounds.

The Lady Cougars have a regional record of 2-7 and an overall record of 2-9. They have just a pair of games left this season, both on the road against regional opponents. Holyoke will close out the year playing against their local rival, Springfield Technical CC, at STCC at 6pm on Thursday, February 20th. Let's go Cougars!