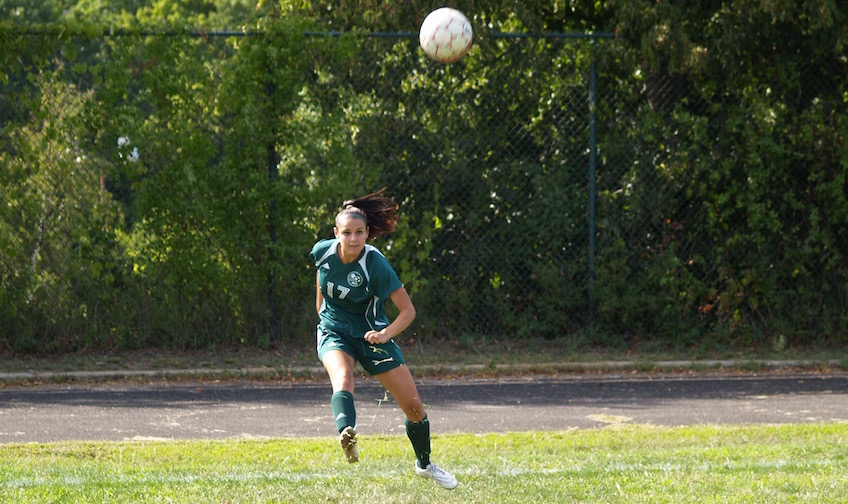 (Brockton, MA) - The Lady Cougars, who currently sit atop the New England (Region 21) standings, traveled Saturday to square off against the region's second-place team, Massasoit CC. The two sides played each other in Holyoke earlier this season with the Cougars emerging victorious by a 3-0 score. The two programs have met in the New England championship game for the last three years, with Holyoke being crowned as champions all three times.

The Cougars are a perfect 6-0-0 in the New England region with all six wins coming by shutout. They have scored 45 goals in their six regional games. In addition, Holyoke is on an eight game winning streak, which is the second longest winning streak in women's soccer program history. The Lady Cougars play their next game away from home as Holyoke travels to Troy, NY to take on a very strong Hudson Valley CC team this Wednesday at 4 p.m. Let's go Cougars!